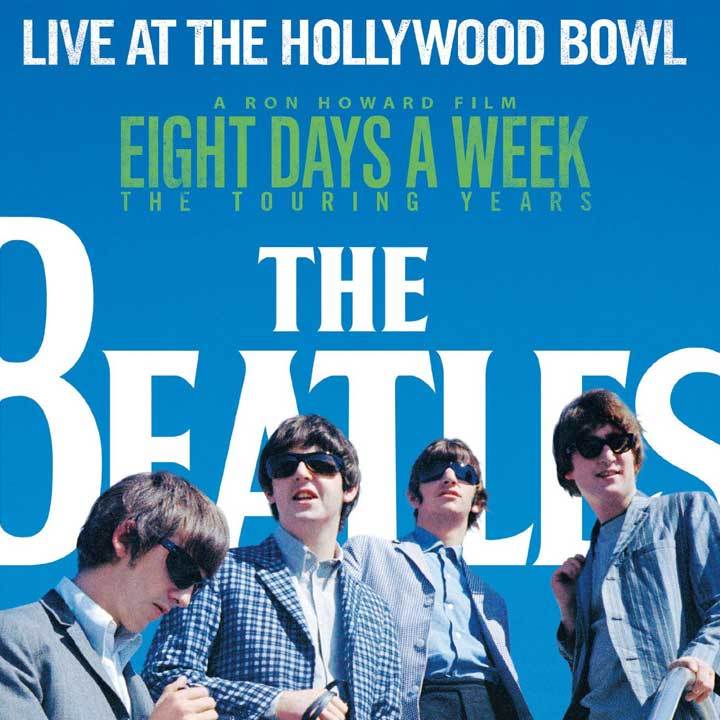 The Beatles - Live at the Hollywood Bowl

The Beatles’ early success didn’t come from their sonic experimentation or melodic knack, it came because they were a fucking incredible live band.»

The Beatles: Live At The Hollywood Bowl is a new album that captures the joyous exuberance of the band's three sold-out concerts at Los Angeles' Hollywood Bowl in 1964 and 1965. A companion to The Beatles: Eight Days A Week - The Touring Years, Academy Award(R)-winner Ron Howard's authorized and highly anticipated documentary feature film about the band's early career. While The Beatles: Live At The Hollywood Bowl references the long out of print 1977 album, it is an entirely new release, directly sourced from the original three track tapes of the concerts. To preserve the excitement of the shows while unveiling the performances in today's best available clarity and quality, Grammy Award(R) winning producer Giles Martin and Grammy Award(R) winning engineer Sam Okell have expertly remixed and mastered the recordings at Abbey Road Studios, including 13 featured on the album produced by Giles' father, plus four additional, previously unreleased recordings from the momentous concerts. CD - The CD is packaged in a 'digisleeve' and accompanied by a 24 page booklet with brand new liner notes by David Fricke.
description from www.roughtrade.com