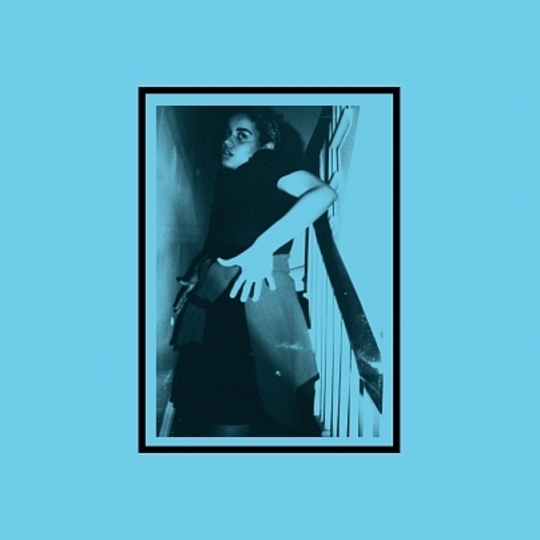 To mark Sneaks’ move from Sister Polygon (one of the best indie labels of the moment) to Merge, her debut album Gymnastics is getting a rerelease, presumably to tell all those who weren’t already obsessed with Sneaks 'here, let me fix that for you'. Because everything about Gymnastics is just impossibly cool.

Her post-punky sound comprises, for the most part, literally just a drum track, a bass, and her voice. Thanks to her seemingly effortlessly excellent sense of melody, this works like ultra-minimalist magic. Spending a couple seconds making you sit up in intrigue at the very beginning of opener ‘Tough Luck’, the intrigue turns into a 'fuck this is cool' the moment the main bass riff kicks in. This bass being barely treated heightens your sense of DIY-ness too - the occasional bass notes being only-just in time or only-just in tune gives it a sense of closeness and a brilliantly real, human feel. This is DIY at its best.

Adding to this too is the jagged, naturally unnatural delivery with which she sometimes speaks and sometimes sings her lyrics. Each word like a little-caring sigh, her voice gives the songs an odd sense of whimsy, the kind that makes you want to dance exactly however the fuck you like to it, the weirder and less of a thing your dancing is, the better. Because her coolness is of the sort that none of us mortals could ever hope to reach, and yet she’s so unassuming it doesn’t feel like it matters.

Her whimsical voice suits her lyrics down to the ground too. These lyrics comprise largely of opaque snapshots of a combinations of literal imagery and feelings. ‘New Taste’ is in fact made up exclusively of simply naming things you might imagine seeing on some kind of walk from one place to another, the places and the story behind the walk being the listener’s own to invent. And yet even when she only ever dances casually next to meaning before wandering off again, she has the capacity to be somehow hilariously cutting, sometimes where you least expect it as in ‘Red’ - “It’s ok to feel / ashamed by the / things you’ve done you’re / kind of lame” - and at other times summing up the feel of a song, as in ‘True Killer’ - “Go fetch your own goddamn bone”. Lines like these manage to avoid the need to know what she’s on about to give you a general feeling of 'yusss'.

Refusing to ever let the listener settle into one simple version of what they think of her, Gymnastics ends on the least minimalist and truly avant-garde ‘Someone Like That’. Turning the bass down and adding a synth that only rarely settles into a tune that makes sense with the song and is turned up too loud, this closing track leaves you questioning what you just heard and needing to listen all over again. Having just been yanked to my seat’s edge, I cannot wait for her next release.