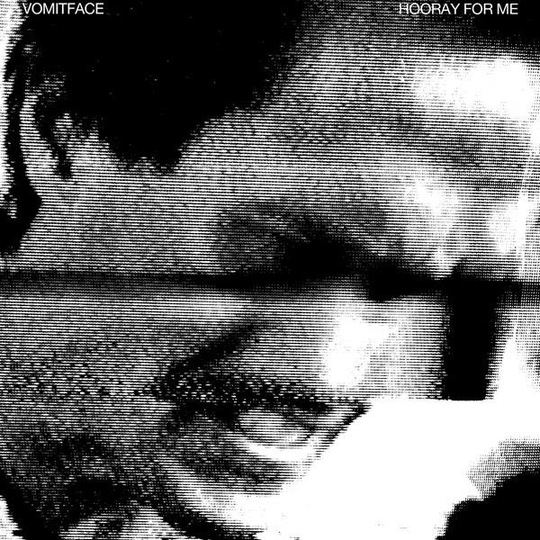 Sometimes I want to listen to music that hates me. Let’s face it, having something desperately vie for your attention for 40 minutes isn’t attractive. Neither is finding myself internally congratulating James Blake and Bon Iver for making the wettest record of the year. Again. Especially when there’s a million other bands already waiting to erupt from my phone, entirely on their own terms. No one’s actually forcing me to listen to any of that other stuff, anyway.

Vomitface care not for my opinion – if they did, they likely would have veered away from calling themselves Vomitface. It’s a terrible name for a band, and the images it conjures aren’t any better. Where it succeeds, however, is in defining an attitude: this is our band, and we’ll do whatever we want, including immediate career self-harm. I have no proof, but I imagine shopping a band called Vomitface around record labels isn’t a lot of fun. I respect that a great deal.

Hooray For Me is the band’s debut full-length, following a couple of EPs in 2015 (the second one, Another Bad Year, is particularly worth your time). The first thing that emerges is a drum intro, noticeably loud, and my instinct is to check the press garble to see if it’s recorded by Steve Albini. Oh, it actually is. Carry on. Over the ten tracks that follow, Vomitface mine Pixies, Nirvana, Mudhoney, Pavement and Failure for their self-described 'black-surf avant-grunge sludge-pop' sound. There’s no acquiescence to any one influence, though – it’s all thrown together and delivered with both sarcastic snarl and defeated shrug, occasionally finding the energy to break into an unnervingly Cobainian howl. ‘Slow Learner,’ in particular, would fit very nicely on Bleach.

All this talk of nihilism and indifference isn’t good enough, though. You have to work really hard to appear this tossed-off, and Jared Micah’s ear for melody and structure shines through clearer than on anything the band have put out prior to this. Just one listen to ‘Dramamine’ will prove that. A tale of sickness and self-destruction closely aligned with Failure’s Fantastic Planet, it’s a dirge that suddenly bottoms out into a bright, melodic guitar solo and accompanying backing vocal. Ninth track ‘Wait,’ too, brings in a simple, lovely harmony to the chorus that draws a smile every time. Don’t get used to it, though, as elsewhere the vocals and solos (including a ridiculous piano break on ‘Et Cetera’) are often in thrall to dissonance and the pursuit of making you feel very uncomfortable indeed. I think it’s the utter lack of reverb that makes everything seem just that little bit too close. Unsurprisingly, this just makes me like them more.

I haven’t really got a bad word to say about this. It’s not original in the slightest, I’ll grant you, but they’re better at being Pixies, Nirvana, Mudhoney and Pavement than anyone else right now, including the bands themselves (maybe I’ll let Nirvana off, but that Paul McCartney collaboration make it a difficult decision). I’d definitely much rather listen to ‘Fat Witch’ than that ‘Um Chagga Lagga,’ any day. If I stumbled across this on Bandcamp, I’d be fucking overjoyed. The fact that it arrived without any effort on my part, via a real record label, doesn’t dull that delight at all. Give this record to everyone you know and ruin what’s left of their summer.