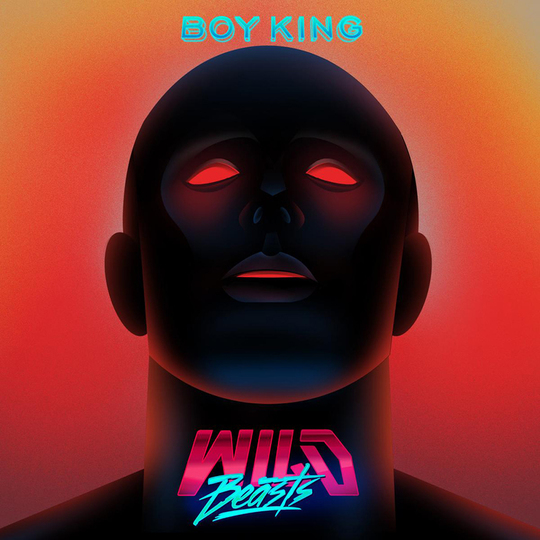 At the turn of the decade, Wild Beasts were one of the most exciting acts the UK had to offer. After the release of their still unparalleled Two Dancers in 2009, the Kendal four-piece rode a wave of hype and a well-deserved 2010 Mercury Prize nomination. They built on the momentum of the erratic, yet highly inventive, Limbo, Panto (2008) with a gorgeous, soulful and innovative record, prompting attempted sing-a-longs on singles 'Hooting & Howling' and 'All the King's Men', and sounded like a band completely unshackled by outside influence or current climate.

Then, the band... drifted. Taking their successes in their stride, they moved to East London, by now in full swing of artistic hipsterdom, and created two more predictable albums. This isn't to say Smother (2011) or Present Tense (2014) were disappointing records. On the contrary, they were still luscious records filled with wonderful moments such as 'Reach a Bit Further' and 'Wanderlust' respectively. It's just that the band seemed to drift into safer territories in the new decade.

So fast forward to 2016, and we find Wild Beasts at an all too cliched crossroads. The band have conquered dreamy synth pop and the public responded, outselling each previous record, culminating in a UK top 10 effort with Present Tense. However, that album, rather like latest effort Boy King, was promoted on a single as powerful as 'Wanderlust' while the rest of the record turned out to be a much more delicate affair.

Initially, the reaction was mixed. These were straight up pop songs, a feat the band had always threatened but never quite fulfilled thus far. Boy King really is a pop record and while that may not assuage the band's elder fans, it certainly is the most interesting risk the band have taken since their creative peak. Recorded in John Congleton in Dallas, Texas (previously at the helm for St. Vincent and Swans), Wild Beasts' latest effort is their brightest sounding record to date. Much of the joy to be found in this record is in its production, possessing a deep sound where bass lines rumble, synths shimmer and the drums thankfully restore a groove which has been slowly fazed out of the band's career so far.

As for the songs themselves, despite the cleaner, gleaming sound, they are still unmistakably Wild Beasts. While lyrically this is probably Hayden Thorpe and, when allowed, Tom Fleming's most straightforward effort to date, the feeling of genuine angst towards modern masculinity - a common theme in the band's back-catalogue since their humble beginnings - can be as keenly felt as ever on songs like the aforementioned 'Big Cat' and 'Get My Bang'. Equally, 'Tough Guy', with its opening gambit of “Now I’m all fucked up, and I can’t stand up, so I’d better suck it up, like a tough guy would.” takes this feeling head-on, while the gorgeous 'Celestial Creatures' shows the band haven't completely lost touch with their earlier sound in a sprawling, wider-scoped look at the modern world.

Elsewhere, Tom Fleming puts in his usual quietly MVP performance on the wonderful '2BU' and highly satirical 'Ponytail' utilising his ever briefer moments in the spotlight expertly as ever. It is in some regards their spriteliest album to date, clocking in at a perhaps brief 37 minutes. Thus, the album's closer, ANOHNI-reminiscent piano-ballad 'Dreamliner', is the sudden moment of fragility on a fairly relentless record. Therefore, the major criticism that can be levelled at Boy King is that it doesn't quite give itself enough time to really build into anything beyond ten expertly produced and written pop songs. It feels there is a need for more rather than just a want for more.

Overall, however, while not hitting the tremendous heights of the band's late Noughties output, it is refreshing to see the band put a halt to the glacial drift which had seemingly consumed them in the current decade. As mentioned, Boy King, will perhaps not be to everyone's tastes. Some will accuse them of cynicism, and they may be right, but there is enough intriguing material which is unarguably theirs here which keeps this an inventive and enjoyable pop-rock record.