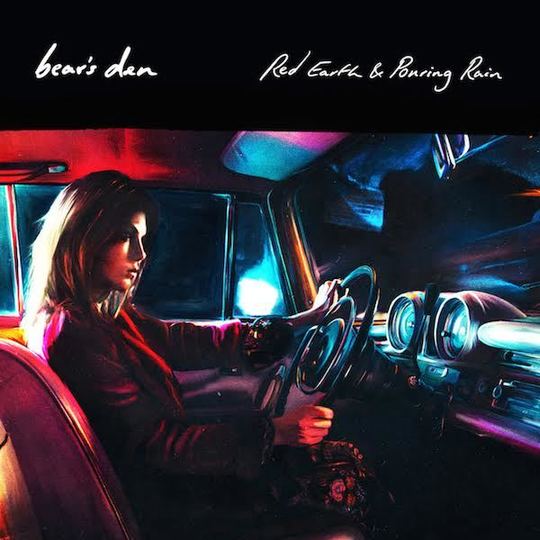 When Bear's Den appeared a little over three years ago, it wasn't just me who they made a lasting impression upon. Crafting a richly emotive brand of folk, the trio garnered fans on both sides of the Atlantic and even as far afield as Australia thanks to their traditionally rigorous approach to touring.

Such an approach does have its downsides. Lengthy time away from home, as well travelling in close proximity inevitably leads to relationships both in-band and out being pushed to their limits, something which arguably attributed to the amicable departure of founding member Joey Haynes early in the year.

Every cloud has a silver lining however, and while many thought Haynes' departure would signal the end of Bear's Den, what it really did, was act as a catalyst, allowing a whole new iteration of the band to emerge.

Where 2014's Islands was very much a record rooted in nostalgia and memories, Red Earth & Pouring Rain takes it one step further and uses that basis as a jumping off point for something that feels much more encompassing. 'A good metaphor for the mood is the idea of driving forwards while looking in the rear view mirror' says multi-instrumentalist Kev Jones. He's not wrong. Spend any amount of time with ...Pouring Rain and it's clear that while Bear's Den are very much looking ahead to their future, they also acknowledge their past as an intrinsic part of the band.

As a result, it feels like the first true evolutionary stage of the band. They may well have lost a member, but because of that they've become a six-piece touring band with Jones and other founder Andrew Davie at the centre.

With such increase in personnel (and as such in the instruments at their disposal too) it seems only natural that Bear's Dan should expand their sonic palette too. The result is a record steeped in pop polish and the grandeur of Seventies and Eighties rock, yet rooted in the lilting folk of its predecessor.

The understated opening shimmer of the title track for instance, or the propulsive throb of the recently released 'Auld Wives' both offer a clear step in a more electronic direction for the band. It's an aesthetic quite far removed from the acoustically-driven Islands, and one which the band seem to rely quite heavily on here, but rather than ever feel at odds with their softer side it bolsters it, proving that Bear's Den are much more three-dimensional than their critics would have you believe.

It could have gone one of two ways for Red Earth & Pouring Rain but rather than the swan song it could have been, it's instead a record that's provided Bear's Den a new lease of life, allowing them to build on the solid foundations laid as a trio and create something that not only feels like a natural progression, but is also staggeringly pretty in the process.