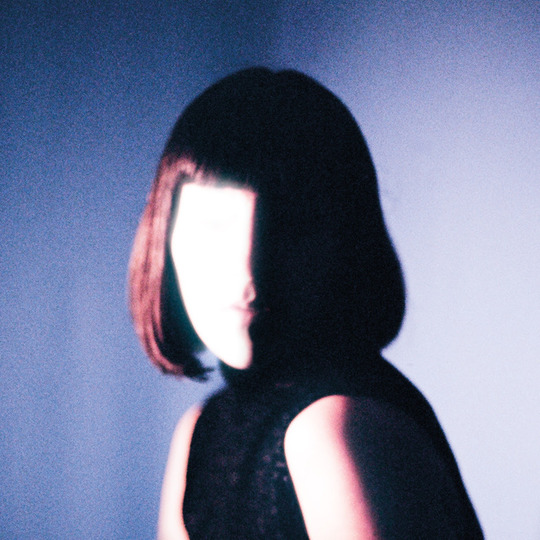 Time, as the old adage goes, heals all manner of wounds. In the always-on ADD culture of the twenty-first century though, when news cycles are refreshed before they’ve even fully buffered and your personal timeline is public, time’s got even more of a job on its hands.

Nite Jewel’s Ramona Gonzalez has had four years to test out the theory. The outcome? A partial rejection of the road more taken.

Having been influenced into a more overtly pop-centric sound on 2012’s One Second to Love, Gonzalez has been open in expressing her discomfort, describing Secretly Canadian’s input as 'toxic'. The result was something of a compromised second set, with glints of brilliance not fully uncovered, presumably because of a lack of faith in their potential.

Rather than frustratingly charge off through the bushes though, to find her path again on Liquid Cool, she’s tracked back to where she left off in her earlier work: lo-fi dreamy, synth-pop.

There is of course plenty of ‘this sort of thing’ - pop impulses with deeper, darker imaginations - with near every possible shade of the spectrum mapped out by the scattered progeny of Kate Bush, Sade and the Cocteau Twins.

To whit, with the stated goal of exploring 'the theme of aloneness in a crowded and disconnected world', the blur and chiaroscuro of Liquid Cool’s cover art is pretty much dead on.

It’s down to the songs then not to let the side down.

Lead single ‘Kissing the Screen’ is a brisk slab of pulsating Eighties pop, whose production is at is most crystal clear even as the song itself represents the peak of the record’s ifs, buts and maybes in its chorus (“How will I ever know? And how will I ever show?”). By taking those familiar tropes and twisting them on their head, its also the most brazen take on the album’s theme, providing a neat twist on pop song conventions by placing the object of unrequited adorations behind the blue glow of a smartphone. It’s a bit like the ‘Take on Me’ video for the print is dead generation.

‘Boo Hoo’ does a pretty similar trick with its early Noughties R&B inflections but doesn’t have quite the same impact, though the Europop-sounding delivery of the chorus (more like “Ba Heu”) helps the track zip by pleasantly enough.

Liquid Cool is at its best and most interesting, though, when Gonzalez’s sound plays with the way our brains and human interactions have been rewired in the modern age, raising the bar by creating impactful moments via osmosis.

‘Was That A Sign’ sparkles and crunches, its synths almost clumsy in their alternative jaunty and ghostly. Its in the clash of the two moods though that the purpose hits home: to mirror the sensations of reading and misreading intrapersonal relationships that the song centres on, heightened by the increased level of stimuli we’re faced with in making those relationships work.

‘You Now’ though, is the case in point. Carried by an oddly out-of-body momentum, its vocals obscure and ethereal, its drums woolly and muddling even as the bassline drives us forward. The effect is of a hazy journey across a nightclub floor, of senses obscured by light, smoke and sound.

Punctuating the track though is a siren of sorts, halfway between a notification blip and that kind of irritatingly amazing aural meme being deployed by Diplo and co… you know, the novelty riffs and samples that have driven Biebaissance.

First joining in the post-chorus and then dropping out at random throughout, it feels deliberately distracting, even irritating rather than catchy, reminding us – as these things do – of reality, just as we’re about to lose ourselves.

If it’s this kind of sophisticated song-writing Gonzalez feared was being quashed by a course being set for poppier climes, then it’s all the better that she’s forcibly retaken control of her own destiny. They’re worth it.

The hope moving forward is that they can make an appearance more often, because though these tracks succeed, they currently err on the few and far between. Elsewhere, ‘Over the Weekend’ has a glossy airlessness for all the work of its bouncy hi-hat dominated beat, ‘I Mean It’ kind of sounds like it doesn’t and ‘All My Life’ starts to feel like it’s taking exactly that long, and then opts out to cut out rather than doing anything with it.

So that’s the job then next time around. Disrupt the seas of somnambulance that currently lie between these peaks of inspiration. In short: up the dosage of killer and we’re onto a winner.