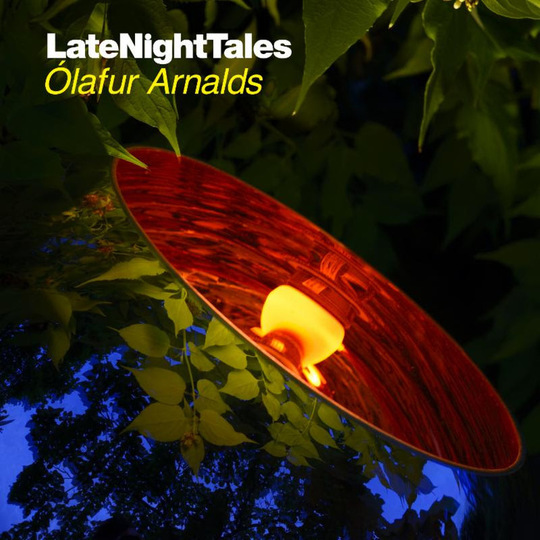 With his star very much ascendant, Olafur Arnalds seems like an excellent choice for the latest Late Night Tales compilation, particularly as his mix happens to follow on from that of his friend and frequent collaborator Nils Frahm. His work with the Berlin-based musician is just one facet of Arnalds’ career: he’s made three critically acclaimed studio albums, won a BAFTA for his work on ITV’s Broadchurch, and teamed up with Janus Rasmussen to wow techno enthusiasts and festival crowds alike with their electronic side-project, Kiasmos.

With Arnalds himself describing his mix as 'the soundtrack of my life', it’s not surprising that much of his past work is touched upon here, either directly or indirectly. But the first thing that he chooses to reference is his heritage, with a traditional Icelandic song called ‘Ýta Eigi Feldi Rór’. He’s then quick to demonstrate his skill as a curator by following it up with the heavenly choral loops of Julianna Barwick’s ‘Forever’, seamlessly segueing old into new.

Let’s be frank and state that there are usually two main motivations for making a mixtape - either to show someone just how impeccable your musical taste is, or to tell the intended recipient something about yourself. The Late Night Tales compilations are the perfect chance for renowned musicians to do the former, and so Arnalds takes us on an increasingly deep dive into his record collection. After Barwick comes the mesmerising post-dubstep of Koreless’ ‘Last Remnants’, which in turn gives way to an instrumental version of Odesza’s ‘How Did I Get Here’. We hit peak obscurity with seemingly defunct German folktronica band Anois, before touching on Iceland’s music scene with the sublime ’Góða Tungl’ by Samaris.

It’s here that Arnalds interjects with the first of four tracks he’s directly contributed to the album, ‘RGB’. It’s a typically pensive blend of electronic and classical influences, and Olafur deftly demonstrates the hazy genre boundaries in his music by following it up with two tracks that are ready for the dance floor - beginning with Rival Consoles’ slightly harder-edged ‘Pre’ before going deep into club territory with the Jamie XX remix of Four Tet’s ‘Lion’.

And then, as it often does late at night, comes reminiscence. At first, it starts out innocently enough - 'hey, remember when Jai Paul was the next big thing?' But then comes the stark remembrance of lost love (James Blake - ‘Our Love Comes Back’) - and before you know it, you’re listening to melancholy R&B (Spooky Black - ‘Pull’) at some ungodly hour in the morning. Arnalds then enlists the aid of regular collaborator Arnor Dan (of Agent Fresco) to neatly wrap up all the nostalgia and heartache into one neat package with a cover of ‘Say My Name’. Yes, the Destiny’s Child song. If that sounds ridiculous, it’s actually quite the opposite - by stripping back the original’s sass and defiance, the underlying hurt and desperation is truly revealed.

That sense of nostalgic tension also runs through the subsequent instrumental section, first with Sarah Neufeld & Colin Stetson lending a touch of the cinematic to proceedings, before Arnalds and Rasmussen offer up Kiasmos’ darkest track yet. ‘Orgoned’ abandons the sparkling pianos that usually bring a little light to the duo’s music, and instead has the titular organ winding its way through the track like a ghost haunting some sort of dingy, disused techno club. But after the brief, self-composed comedown of ‘Kinesthesia I’, Arnalds casts his mind back to the past, while also neatly coming full circle with Icelandic group Hjaltalín and their sparse, haunting track ‘Ethereal’. An epilogue is provided, appropriately enough, by Broadchurch star David Tennant, who does a fantastic job of reading ‘Undone’, a wonderfully-penned tale by Cairo-based author Anam Sufi. It’s enough to make you jealous of his kids’ bedtime stories.

Arnalds says he spent months agonising over this mix, and the effort shows. This latest addition to the Late Night Tales catalogue isn’t just a seamless journey into his music collection - by the end, you definitely feel like you can relate to him too.