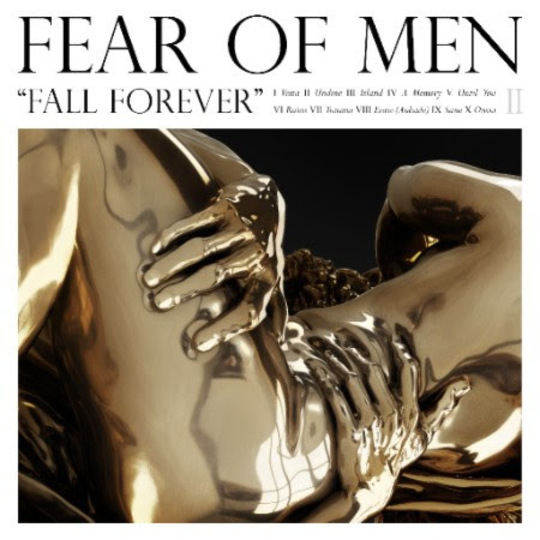 In 2014, Brighton’s Fear of Men announced themselves with Loom, a record steeped in intimate darkness, its fragile, taut sound locating them in a sweet groove somewhere between Veronica Falls and My Bloody Valentine.

The frayed edges of that record suggested room for refinement, but more importantly room to grow, with the resonant discontent of lead singer Jessica Weiss offering plenty of promise of more to come.

It’s with some relief then that despite their stated intent to '[strip] their sound back to the bone' in pre-release press, Fall Forever contains all the elements that made them a compelling proposition in the first place.

This is music that can soar whilst gazing resolutely down at its shoes, desolate but never drab.

The primary draw remains the gracefully heavy tone of it all. A cursory glance at the track-list (‘Island’, ‘A Memory’, ‘Ruins’, ‘Trauma’, ‘Erase’) sets out the stall and though moments of sunshine break through, the general feeling is that the storms are always gathering. Presumably that’s what living on Britain’s coastline does to you.

Guitar-lines act as enveloping waves or incisive needles as required, whilst the drums are mixed to be as sharp and prickly as the vocals are softly charismatic, a dynamic which forces your attention closer to Weiss and finding yourself with a vested interest in the fight between head and heart that fixates her.

And this is where Fall Forever leaves its lasting mark. Its contrasting textures work intimately with the lyrics to build a narrative, one that reveals itself from the shadows on repeated listens.

The essence of it: rebuilding the self-worth that has for too long been defined by another whilst going through the romantic wringer.

On the record’s quieter moments like ‘A Memory’ or ‘Ruins’ the sense is of a mind adrift, meandering, ruminating and gesturing towards pain, with the band’s tighter embrace of electronic elements giving the feel of early New Order or the oft-underappreciated Glasser.

Elsewhere, the tack can change even more abruptly as on ‘Until You’, whose piercing guitar outro feels like the sting of it being driven home again. ‘Undine’ offers a mid-point, its woozy atmosphere perpetually punctured by drums, matched by the more direct focus of its lyrics (“I could break apart, disintegrate here, the change in me, is never what you want it to be”).

It’s almost as if the songs are working their way through the stages of grief, and as we reach acceptance (“I’m free from fear, I’m a monument to myself”), ‘Sane’ offers the record’s best encapsulation of these two moods.

For two minutes, a disembodied echo is counter-posed against slowly building synths. As the tension grows and the song grows more and more precarious this tremble finally breaks out into pummelling drums and crashing cymbals. It’s a moment that doesn’t just stick out amongst the rest of the album but causes a complete reframing of it.

Up until this point, the record’s most overtly visceral element is the heavily distorted guitar that arrives in the bridge of ‘Trauma’, but even this is muddied so far in the mix that it sounds as if it’s being played underwater.

Moments like this, paired with songs that frequently fade out or abruptly stop rather than truly conclude, builds a sense of slight disappointment in Fall Forever that can be hard to shake. Which is why this moment of much-needed release on ‘Sane’ is so crucial.

To this point, we’ve trudged towards the light at the end of the tunnel whilst tied to a bungee rope. Here, we are finally cut loose, tumbling into the complex resolution final track ‘Onsra’ leaves us with: “Fall forever, fall together, I don’t need you but I want you so much.”

Whether or not this is the conclusion we want politically isn’t really the point. Instead, we’re left with the feeling of an intensely conflicted and personal record, one that uses the developments in Fear of Men’s skill and sound to better express itself.

The result? A darkly glistening, deeply attractive and unexpectedly intelligent use of the album as storytelling device.