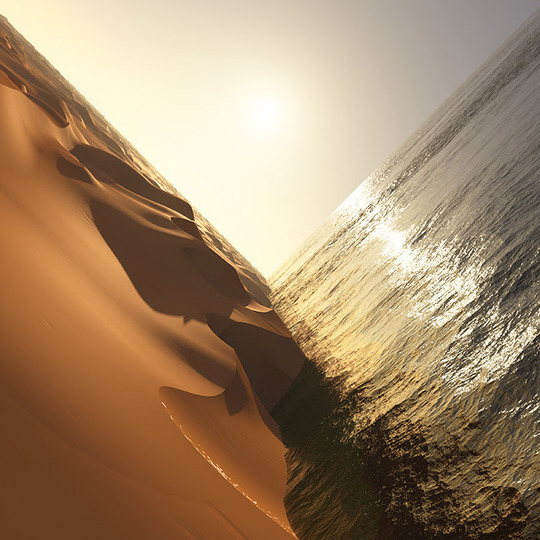 “We’re always one step behind him/ he’s Brian Eno" sang MGMT on their 2010 Congratulations album, and rightly so. Longeivity in the music industry comes with many perks – most appealing is the right to don a royal 'no fucks given' robe. But to claim that Eno has always practiced this philosophy would be a severe understatement. Perhaps the most absorbing aspect of his career is that his work never comes off like a desperate attempt to keep his name relevant. His first album with vocals for a decade, The Ship is erected out of the same fetching ambient style that the self-dubbed “non-musician” has perfected over many years.

As with any Brian Eno album, the music is birthed out of a lofty thematic pretence, as he stated himself upon the album’s release: 'The Titanic was the Unsinkable Ship, the apex of human technical power, set to be Man's greatest triumph over nature. The First World War was the war of material, "over by Christmas", set to be the triumph of Will and Steel over humanity. The catastrophic failure of each set the stage for a century of dramatic experiments with the relationships between humans and the worlds they make for themselves.' Given the chaotic and steady decline of western civilization in recent times, it’s not at all surprising that Eno would tackle such concerns. But even though he has exhibited it time and time again, it is astonishing how he manages to go about such a purpose.

Arguably, there is no living artist that has spent more time contemplating all the infinite possibilities and minutiae of music production. Cooled, winding synths set the ambience on title track 'The Ship', a deceptively simple construction that straddles the line between triumphant and subdued tonality. A sonic ebb and flow implants the nautical feel, but even in the midst of unpredictable waves there is a governing direction at play throughout the 21 minutes. Even though the music lacks both the purposeful spontaneity and climax of traditional free-jazz, plenty of moments of sublimity abound, especially when Eno begins to hymn. Like the streamlined instrumentation itself, the arrival of Eno’s vocals early in the equation provoke no distraction, but rather coalesce into the fold like another synth-- no more or less important than the others.

Following -The Ship' is a trio of recordings all entitled 'Fickle Sun', commencing with the 18-minute-plus 'Fickle Sun (i)'. Eno’s vocals, vehement and operatic, are the vanishing point of a much more somber aura, one in which myriad synths cast an unmistakable sense of despair. Like the forlorn disposition plaguing many protagonists found in the works of 'The Lost Generation' Eno’s impassioned wails have the air of a man demoralised. The melancholy is further enhanced by a sonic backdrop signifying a storm churning the sea. Although pierced intermittently by Eno’s hushed and distorted vocals, a period of repose follows the violent crescendo.

The spellbinding trance cast by the first two recordings abruptly halts with the arrival of 'Fickle Sun (ii) The Hour Is Thin', a terse two minutes of Eno abandoning his croons for a spoken word performance by Peter Serafinowicz, creating a more bitter than sweet paradox. For an artist who has routinely demonstrated an astonishing and rare ability to compose poignant musical treatises without dogmatic lyricism, such spoonfed symbolism somewhat diminishes the experience, especially when one considers the scarcity of Eno’s singing in the last decade. Notwithstanding these crimes, the combination of Eno’s downcast melody and Serafinowicz’s expressive speech create an altogether stirring performance.

'Fickle Sun (iii) I’m Set Free' is both the concluding track and most interesting record on The Ship, a cover of The Velvet Underground’s 'I’m Set Free', which completes the narrative in a stark departure from the preceding hopelessness. In Eno’s slower, more harmonic rendition, he adds a touch of sentimentality without straining the song with contrived affectations. As one of the Velvet Underground’s earliest and most vocal advocates, the song emits a unique kind of glow. Furthermore, one can speculate that in a roundabout way that Eno utilizes Lou Reed’s obscure, personal redemption song to pay tribute both to him and David Bowie, his dear friend, artistic partner, and fellow Velvet Underground scribe. By far the most accessible and pop-sounding recordings he has recorded in years, here the ship Eno references might serve the dual function as symbolising his own soul finding tranquility in the music once again.