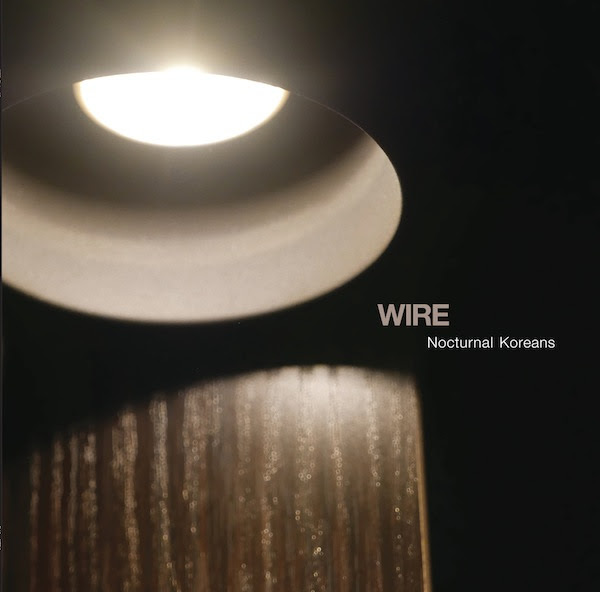 Having completed a preliminary round of work on their eponymous 2015 album at Rockfield Studios, Wire found themselves with 19 tracks. Among them, there was a critical mass of 11 aesthetically unified songs. In typical Wire fashion, however, the remaining material was something other: it had the sound of a band already moving in a different direction, beyond the album project in which they were engaged at that time. These tracks were the basis for 'Nocturnal Koreans.' The difference between the two clusters of work birthed at Rockfield has its roots in discrete approaches to the studio process itself. 'Nocturnal Koreans' emphasises studio construction over authentic performance, using the recording environment as an instrument, not just as a simple means of capturing Wire playing.
Although it's become de rigueur to talk about Wire's capacity for self-reinvention, that's never the whole story. Certainly, the impulse to pursue fresh ideas with each phase of work is buried deep in their artistic DNA, but they've balanced that commitment to the new with a core character and attitude that's always at some level recognisable as Wire - without being reducible to a formulaic sound. It's this enduring dialectic that gives Wire their unique status as a long-established band that continues to forge ahead with original music: always unmistakably Wire but always reimagined and reframed with each successive project.description from www.roughtrade.com