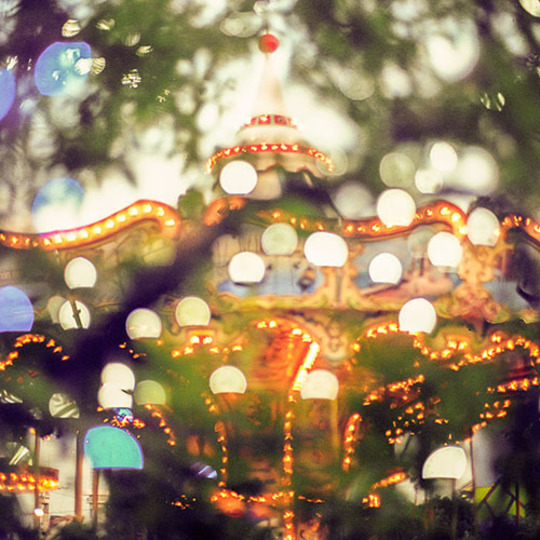 Everything and Nothing, the seventh record from Nashville ambient duo Hammock, feels like their most direct statement to date. It has clarity, purpose, drivenness, even, not words that would necessarily be associated with this stellar band's earlier work. It's the album that should finally see them gain attention from an audience beyond that normally focused on ambient and shoegaze music. This is music of transcendent beauty, but with an added level of dissonance that grabs the attention in a way that hasn't ever seemed to be Hammock's stock in trade before.

Take the propulsive loops of 'Clarity' as a key example, as they pull us in to swirls of ambience and an addictive main guitar figure. A track like this could well have felt out of place on earlier Hammock releases, but here it feels perfect, even calling to mind Marc Byrd's long-gone but not forgotten (by this writer at least) work with the fabulous Common Children (find out about them). 'Clarity' shocks after the opener 'Turn Away and Return', which feels like quintessential Hammock. A gentle swell of strings and synths, with some gorgeously angelic vocals thrown into the mix, it feels like we're on ground on which we're safe. And then comes the moment of clarity. All is not well in the land of Hammock.

It might not seem like much, but this is harrowing stuff. It is a mercy that it is followed by the simple beauty of 'Marathon Boy', which seems to bring the soul-shaking first section of the album to a close, and 'We Could Have Been Beautiful Again', which' whilst heavy, also provides relief in being largely major key. The album's title track is next, another pushy, deep groove built on a gritty guitar figure. It feels as if it is crucial to Byrd and his partner in Hammock, Andrew Thompson, that whatever is within is purged. Again, there is an immediacy here which is quite unlike Hammock. Previously they were slow-burners. Now they simply feel like they are within the fire, trying to find a way out. As we listen, it feels like an intrusion into an intense grief and period after grief, as we look upon lives laid bare. It can be uncomfortable listening.

Latterly on this powerful and long record, 'I Will Become The Ground You Walk Upon', laden with strings, offers a glimpse of the potential of a hope-filled future, only to be usurped by the mournful 'You Walked Around...Shining Like the Sun', a sorrowful paean to loss. This, as with many Hammock tracks, is built on what, to most bands. Would be a simplistic recurring chordal pattern, but which in the hands of Byrd and Thompson becomes a thing of otherworldly splendour.

So there it is, a difficult album, but one that feels crucial at the same time. Hammock have made their most immediate, most sonorous and beautiful album to date. One wonders as to the sacrifices that have been made in order that so much of themselves has been left open for public viewing. We should be grateful to Marc Byrd and Andrew Thompson that they chose to let us be part of the beauty, and treat it with care and reverence.