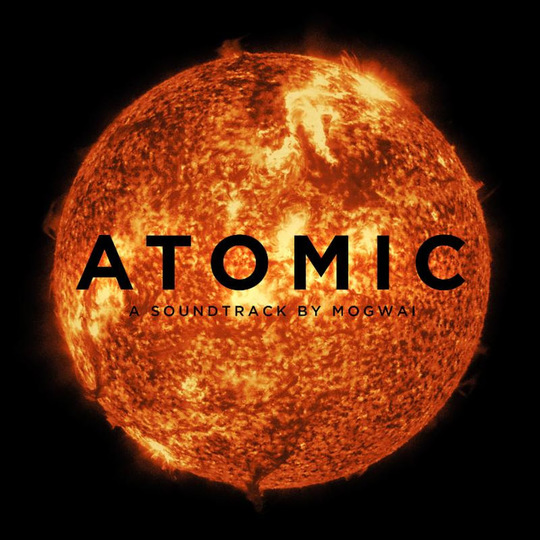 Is there a more wretched phrase to describe post-rock? Apart from maybe 'post-rock', I’m going to say no. Now, I absolutely adore the genre, but ask you this: at the end of the world, who’s going to want to listen to 15-minute suites of wordless despair? Frankly, I’d rather put on ‘Armageddon’ by Alkaline Trio. At least that’s got some defiance.

So where does this leave Mogwai’s Atomic? A reworking of their soundtrack to the BBC’s Atomic: Living in Dread and Promise documentary about the nuclear age, the pairing will doubtlessly to lead to huge quantities of Armagedd-ese being spewed from keyboards across the land. But they deserve better. And frankly, so do you.

I haven’t watched the BBC film, so can’t tell you how the revised versions of these compositions compare to the originals. I’d like to say it’s because I don’t want to tie this music to images conjured by others; that grounding it forever in destructive visuals would somehow taint my quest for objectivity. I’d like to say that. The reality, however, is that I simply wish to avoid further personal terror regarding the prospect of nuclear war, thanks.

So, bathed in the combined warmth of ignorance and cowardice, I was struck by how surprisingly hopeful this record begins. ‘Ether’ is maybe the most stereotypically post-rock Mogwai have ever been – those tremolo-picked guitars could come from any record south of Lift Yr Skinny Fists… – but it’s in search of something more worthy than oblivion. While it does spark into life, it also stops some way short of full ignition. It’s a nice reminder that Mogwai’s recent strength has been their restraint. And that’s where this record finds its spot among the band’s discography – in its willingness to work with less to convey more. Perhaps prompted by the departure of guitarist John Cummings, Atomic’s wholehearted embrace of electronic texture gives it an open, ambient sheen that is genuinely affecting. There are patient, exploratory manoeuvres everywhere – from the playful progression of ‘U-235’ to the lumbering dirge of ‘Pripyat,’ Mogwai are building something capable of standing apart from everything they have done before.

However, as much as this is structured as a Proper Album, the influence of film score – and particularly science fiction – is all over Atomic. ‘Weak Force’ brings images of Rick Deckard’s Los Angeles hurtling to the fore, and there are at least three other moments where I experience a sudden desire to watch 2001: A Space Odyssey for the millionth time. This has always been Mogwai’s corner of the galaxy, but your enjoyment of this LP may depend on your level of reverence for those particular touchstones.

What ultimately remains is anticipation. More so than either Rave Tapes or Les Revenants, Atomic is a soft reset that will allow the band to move in new directions in the future. Its curiosity is infectious and immensely exciting, and it sounds like the result of a group refreshed, hungry and eager to grow. Being able to say that now, nearly 20 years after I blanked a friend for a full week because they didn’t like Young Team, shows just how important this band remains.