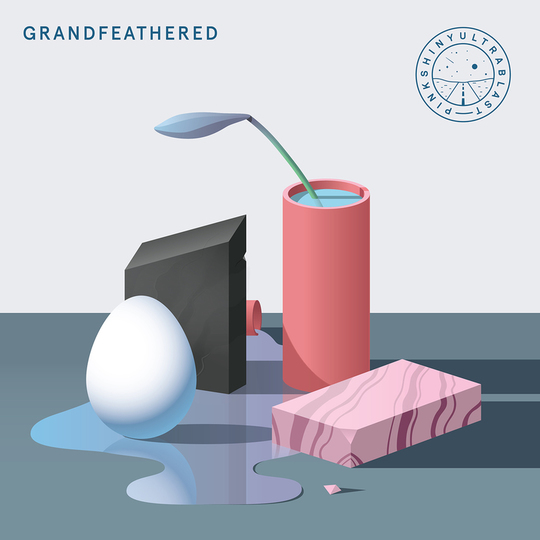 When Russia's Pinkshinyultrablast released their long awaited debut Everything Else Matters almost a year ago to the day, it revitalised a genre. Quite rightly heralded as shoegaze due to its affluent use of ethereal sounds, pedals operating as touchpapers between loud and quiet effects and shimmering melodies, the record made a lot of the scene's leading protagonists take a step back and reevaluate their own wares. While certain reference points will always be difficult to shed – the likes of My Bloody Valentine and the Cocteau Twins paved the way for song structures of this nature to exist in the first place – Pinkshinyultrablast have clearly taken that blueprint and added their own inimitable take to such an extent that many of their peers now cite them as an influence.

Which is quite a remarkable feat considering none of the band claim to be influenced by or listen to shoegaze. The other facet which sets Pinkshinyultrablast apart from most of their peers both past and present lies in the shape of understated vocalist Lyubov Soloveva. Always calm and collected on stage and usually hidden by thick waves of dry ice and dense lighting. Her angelic voice acts as an additional source of instrumentation to the point where many of the band's compositions alter direction at the drop of a note passing through her lips. In a world where we're constantly told lyrics mean everything and sonics have all been done before, it's a breathtakingly unique construct and one that lies at the heart of Pinkshinyultrablast's true identity.

What's even more endearing about the band is their diligent and prolific nature. Having waited six years from the release their debut EP Happy Songs For Happy Zombies for the album, another one follows within twelve months. Interestingly, several of the songs on Grandfeathered have been regular staples of the band's live set for most of the past year, as anyone that's seen them will testify. Nevertheless, that doesn't make it any more of a vaunting experience hearing them on record in all their shimmering glory.

From the outset, Grandfeathered makes its intentions clear. Opening with a single octave of sound, 'Initial' fuses electronic elements with sharp, occasionally violent bursts of guitar that permeate its core. It's when Soloveva's vocal joins the mix that its transition from feral beast to swirling ambient soundscape comes into full effect. Indeed, at this point it would be churlish to compare Pinkshinyultrablast to anyone else. And also unfair to them or anyone else for that matter.

Whereas heavy guitars permeate 'Glow Vastly' from the inside like a foetus punching its way out the womb, 'I Catch You Napping' takes the journey of a sonic cyclone. All the time aided and abetted by Solveva's voice, humming and cooing incessantly on the former before guiding the latter's musical excesses to safer territories. Lead single 'Kiddy Pool Dreams' follows suit. Perhaps the most similar in style to anything off Grandfeathered's predecessor, it's also the most demonstrative of Pinkshinyultrablast's ability to effortlessly change course or direction at the blink of an eye.

Both 'Comet Marbles' and 'The Cherry Pit' showcase Soloveva's mesmerising voice in different ways. Her falsetto breaks the ice on 'Comet Marbles' before a vicious barrage of white noise takes it to an eventual natural conclusion. Recent 45 'The Cherry Pit' on the other hand builds gracefully with a reflective eminence perfectly encapsulated by the singer's twisted vocal projections, which take several unexpected diversions up to its synapse crushing finale.

With Grandfeathered also nearing its close, its left to 'Mölkky' - a song structurally similar to 'The Cherry Pit' except for Solveva's dolphin-like cries and the shimmering jangly guitars of the title track to bring the album to a tumultuous end.

Ambitious in the way it redefines traditional song structures while reaffirming Pinkshinyultrablast as their chosen genre's - be it by association or otherwise - most adventurous troupe, Grandfeathered is another distinguished addition to an already impressive body of work.