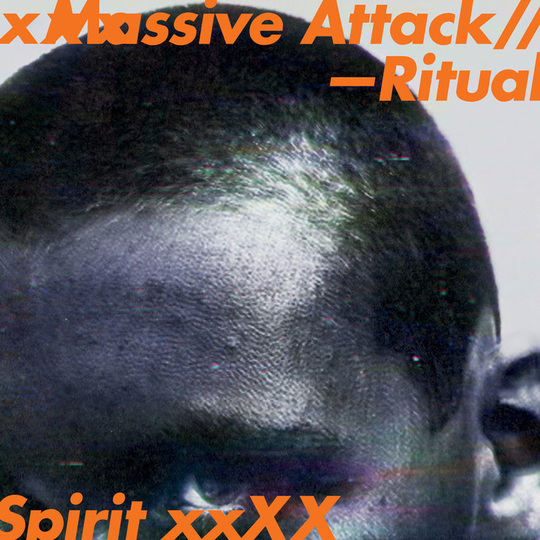 For the longest time, I couldn’t see Massive Attack as a person, or any collection of people. I thrived off the ensnarement, the feeling of blackness encroaching, measured with a surreal clarity. And, really, the group has swirled into one of the shadow-like entities that their music evokes, as members fade out, guest vocalists fade in, and Robert '3D' Del Naja grips the helm. Ritual Spirit carries the torch of that polymorphic enigma – but something’s changed. A foul wind blows. Spectres have slipped through the storm-grey ramparts of Heligoland. Walls collapse. But this is no undoing – MA thrives on dilapidation.

First things first. Chances are, you’ve heard that Bristol’s most infamous ghoul, Tricky, has crept back into the Massive Attack camp. He departed in 1995 to grow his own necrotic power after calling Maximquaye to the earth, and had no need to haunt his former mates ever since. But here he is today, on the last track – and now you ask me, should we be excited about this, Lee?

Well, sure, but wait until you hear Roots Manuva on 'Dead Editors'. Jesus, man. The prodigal grime rapper of Ninja Tune infamy comes in slick as a hot blade through butter, and steps deep into woofer-shaking beats that bounce heavy through MA’s eerie choirs and intricate gadget ensembles (which, perhaps because of “Teardrop” and House, always remind me of hospital tech). Add the mystery of Manuva himself – when he says “what does would it take to get back to the blackness, he could refer to the night sky void, or the hole in our eyes, or the more obvious racial connotation – and you’ve got MA’s most beguiling urban ode since the gritty soliloquies of Blue Lines.

The other invaders to turn MA upside down are Young Fathers, the Scottish rap trio who send seismic shockwaves wherever they land. Like 'Dead Editors', 'Voodoo In My Blood' shakes down the ponderous soundscapes, this time with a relentless analogue throb reminiscent of Young Fathers’ own output. Paired with 3D’s creeping guitar vines and the guests’ downright sinister refrain (”wipe that cheeky grin and come on down”), it’s another jolt to the old MA schema.

Now, yeah, the second half of the EP kills too, but with a more familiar misty choke. Though the title track is the least memorable one on Ritual Spirit, that’s not Azekel’s fault – his icy falsetto ballad is just inevitably overshadowed by the delicious piano sulk of 'Take It There'. Mmm. Tricky and 3D interweave like – like – fuck it, like two voices that know exactly what powers they possess to infiltrate and captivate, that Tricky’s strength is to stagger and 3D’s is to glide. Like this is their turf, and it’s always been theirs, and it’s just taken 20 years to reclaim it together.

In itself, then, Ritual Spirit tantalises with the promise of a staggering force should the next LP surface soon. But it also invites lots of questions – like, can we expect more appearances from Tricky? (Please? Pretty please?) Also, will we see another unworldly siren grace the new lineup? MA’s most glorious moments – 'Teardrop', 'Unfinished Symphony', 'Protection' – gained their angelic light from women, after all, so I was disappointed to see a lack thereof on the EP. Maybe that’s me being nitpicky, though, as the only major flaw in Ritual Spirit is that it’s not an album. Massive Attack remain less a band, and more an institute of entropy, the light that pierces through the black hole, the frontrunners of a genre that they outran over a decade ago. Let the ramparts fall, then.