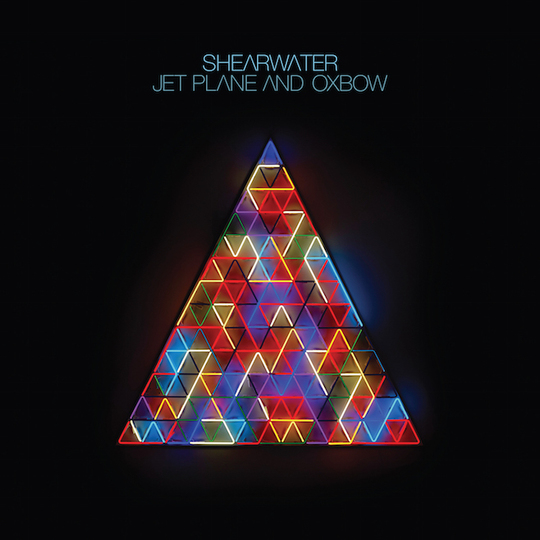 Jonathan Meiburg, Shearwater head honcho, recently released a Spotify playlist showcasing the influences on Jet Plane and Oxbow, his eighth record under the name, depending on how you count (this is omitting outtakes, compilations and the middling covers record Fellow Travelers). It leans heavily on late Seventies and early Eighties pioneers who helped bring conceptual approaches to pop and digital techniques into the mainstream: Bowie, Gabriel, Eno, Byrne. Considering Meiburg came to prominence via a trilogy of esoteric and baroque prog-folk records – the wonderful Rook from 2008 is especially worth exploring – borne of a craggy isolation that was central to their appeal, it’s clear that a major musical departure was on the cards. This was cemented by advance press making much fanfare of the record being loud and abrasive.

Both notions are fairly misplaced, or at least only half right. Jet Plane and Oxbow is certainly no noisier or propulsive a proposition than 2012’s Animal Joy, Meiburg’s debut for Sub Pop that saw him plant a flag in more mainstream territory. Interest will instead certainly be piqued at the adoption of electronic flourishes, the main sound of the stated influences, which are manifest, and added to the continuing recent adoption of indie rock.

‘Prime’ opens with soft, padding synths before building to a pneumatic and piledriving finale with hyperactive dulcimers, a fuzzed-out, snaking bass line and Meiburg’s urgent, full-throated barks, like he’s wrestling some wild animal into submission. ‘A Long Time Away’ repeats the trick while being overtly bellicose, aquaplaning on martial drum loops that are matched with an impossibly long bellow that spools out and roars on and on. ‘Quiet Americans’ goes one better. It piggybacks on the title of Graham Greene’s anti-war novel to conjure deceptively benign, twilit images of confrontation as machines squelch and squawk and thrum and thud, mixing in a signature sweep thanks to a grandstand chorus. With its tension in the mismatch between lyric and execution, it’s Meiburg’s best single yet. We’re far from NiN territory, but it is almost industrial in the context of his career.

‘Filaments’ is the record’s biggest statement. Clearly harking back to My Life in the Bush of Ghosts, its rigorous, six-minute krautrock groove is built around a looping bass line, written off the cuff at a session in Spoon’s Texan studio, and showcases the collaboration with film composer and percussionist Brian Reitzell, who provides overdubs throughout the record. A phalanx of offbeat instruments – including a marxophone (no, me neither) – strange calls and ghostly, treated voices punctuate a jam that spasms and twitches with life. It’s impenetrable lyrically, but has a seductive, oddball energy.

Meiburg is swinging to hit sixes over the boundary, as he has since the move to Sub Pop, and when he connects influence with indie rock the results can be an effortless assimilation of his artsy forebears, belying the fact that, as he claimed in a recent podcast, a song like ‘Prime’ 'took forever and was really complicated'. However, that the hard work pays off becomes apparent with the record’s own contrasts as, like many of us post-Christmas, it’s just a little too saggy round the middle.

This was also a problem that afflicted Animal Joy, so is now a worrying trend. It’s either a result of Meiburg shrugging off the work of mining for details or – and this is more likely – in nobly striving to work quickly and collaboratively he simply becomes unmoored and reverts to a sanded-down indie tropes. ‘Pale Kings’ and ‘Glass Bones’ end up as forgettable, the reinstated guitars giving something of the Nineties Goal of the Month montage to the former, the latter leaning too heavily on a slaloming Jonny Greenwood-esque riff. ‘Only Child’ starts with genuine atmosphere built around skeletal guitar but just builds to a plod, its lost promise a real pity as it’s an otherwise a touching song about a tragic childhood. All three feel underwritten. It’s only the aching and austere eddy of the final third of ‘Backchannels’ that strikes the right mood when a guitar is in the foreground.

Matters also sorely miss irreplaceable drummer Thor Harris, whose absence (in fairness, what act wouldn’t miss a drummer called Thor?) may also partially account for the forays into motorik. It can’t stop some listlessness - ‘Wildlife in America’ especially comes off as tremulous rather than gentle as intended, and while ‘Radio Silence’ is more headstrong it comes too late to revive proceedings.

If the record’s title is instructive, it's highlighting that technology can be applied to afford a new perspective of what’s around you, as well to your own nature and sense of place. Its execution doesn’t bear that out however, thrilling as it frustrates. The lesson from the view from up there is that the ornate suits Meiburg down to the ground, whether in structure over a trilogy of folk records or, here, in carefully deepening instrumentation and influences, but the balance between the indulgent and the extemporaneous in indie rock is something that’s tantalisingly just out of reach over a full length. It leaves a record that feels like a journey rather than an arrival.