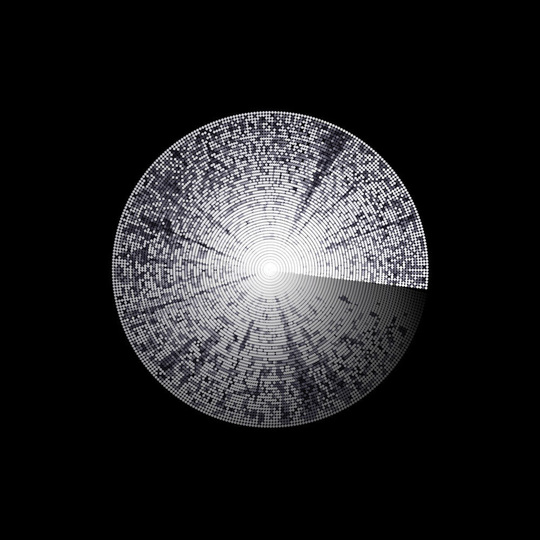 Re-interpreting Radio-Activity, one of Kraftwerk's lesser known but most influential albums (which celebrated its fortieth anniversary last year) is an ask. As a listener, approaching anything that revisits/reinterprets the inimitable German pioneers should be approached with caution. As an artist, reimagining Kraftwerk needs to be spectacular. Franck Vigroux and Matthew Bourne fail to dazzle and bring new excitement to an album that originally crackled , uncontrollably, with a glorious energy.

The duo seem to approach this as an intellectual endeavour rather than a musical commitment, and as such Radio-Activity Revisited comes across as a frivolous indulgence and an excuse to jam on analogue gear. It's crushing to hear Kraftwerk's compositions turned into retro-fetishist noodles, when they still sound so alien and wonderful in their original format.


Kraftwerk’s 'Radioland' is a marvel of sound even today, it still somehow sounds resigned and yet hopeful, an orchestra of inherent optimism (“turn the dial with your hands/till you find the short-wave band”) like a dawn being generated by an algorithm. Bourne and Vigroux bring a monastic solemnity to their version which makes it feel heavy, cumbersome and they then bludgeon it with rather irritating digital-fiddles and radio frequency splatters. Possibly fun to generate, but fairly mundane on the ears.

Perhaps their interpretation is garish, maybe that’s why it doesn't work. Riffs are pulled out and plundered, ‘Airwaves’ is assaulted and dented, being smashed from a propulsive yet graceful form into a distorted pneumatic hammer sound on an arpeggio dial. Again… fun idea. In many of the songs Bourne and Vigroux choose the most obvious element, the strongest hook, and riff-on or alter it. It’s not worth too much attention. Neither is Bourne’s and Vigroux pumped-up rendition of ‘Antenna’, which dials up the noise, bringing an unwelcome arrhythmia into the sumptuously subtle dub heartbeat of the original, which glides so peacefully.

This project was worth attempting but the results are a shame. Bourne’s piano work and composition is minimal yet radiates comfort and Vigroux’s work, though slighter in its emotional resonance, has constructed beautiful and simultaneously disorientating sights and sounds. So on paper this is worth doing. It’s just a shame that nothing here really works or encourages the listener to positively re-evaluate their perceptions of either Radio-Activity, Kraftwerk, Bourne or Vigroux. So it’s a fail.