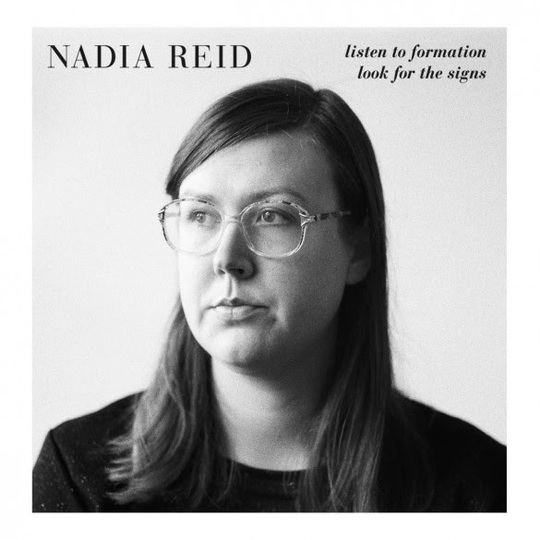 “When I hit the ground in all my glory, I will know where I have come from. In the shadow of a doubt that meets the morning, I have come, and I have faced it.”

These are the first lyrics intoned sonorously on this beautiful album by Nadia Reid. Oddly, the pulsing opening track which contains them, 'Runway', shimmers and shines in a way which captivatingly calls to mind the finest work of Josh T Pearson. I say oddly because the emotive, declarative vocal style both artists employ is a thing of rare beauty, sought after by singer after singer but barely ever realised successfully. Right from the outset, Reid has me under her spell. There is a confidence here that suggests, indeed, that this is an album born from well-lived and hard-won experience. There is a resonance, a reality to all of this which is impossible to fake.

Beautifully, the alt-funk tendencies of 'Runway' and 'Track of the Time' which follows it, are followed by 'Reaching Through', which crunches along on a wave of guitars and strings, recalling the best of the early work of Band of Horses. 'Holy Low' follows, taking things back down, making ample use of banjo, lap steel and upright bass. This is an album which doesn't ever stay in one niche or groove for too long. Throughout though, its crowning glory is two-fold: Nadia Reid's vocals, which draw you in with both intensity, and somehow, an intimacy which is often lacking in many of her contemporaries.

'Seasons Change' is a rolling mini epic full of energy which feels throughout as if it is surely just about to take off and truly slap you between the eyes, but somehow manages to restrain itself, while 'Some Are Lucky' is one of several tracks that bear comparison with the beautifully ethereal work of gone but not forgotten Seattle shoegazers Trespassers William. In fact, the effect of Reid's voice playing up against layers of ambient guitar, tremulous bass and a simple yet potent drum part carries us away to a similarly otherworldly realm as does the work of Anna-Lynne Williams. You might not think so, but coming from me this is high praise indeed.

“Where did my love go?” asks Reid. “He was a sailor on my ship” we're told. As she tells the story of seeking to be taken to “highest highs and lowest lows” before eventually being crushed by unforeseen disappointment, it seems an apt moment to draw breath and realise that this is a record which is not only emotionally literate, but which invites those who enter into it to truly take a listening risk and allow Nadia Reid to invite us on a journey. These are strong songs. This is a coherent, mature piece of work. More than both of these accolades though, can be awarded one of the strongest of all: namely that after the final strains of closer 'Call The Day' have faded away, this is an album that will stay with you and live long in the memory.