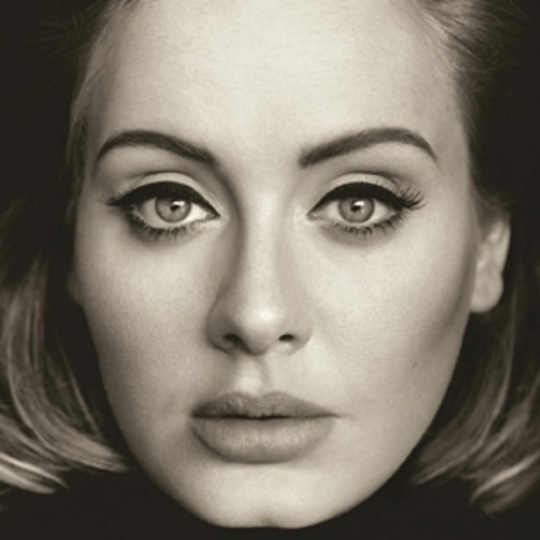 The somewhat notorious New York film critic Armond White has a theory. Like many of his beliefs, it is one that he is vehemently serious about; namely that nobody under the age of 30 should be a film critic, 'because before that you don’t know enough about art, you don’t know enough about life'. It’s the sort of seemingly contrarian statement that White is known – and oft reviled – for, the kind of thing you read and scoff at but then you hit that age and accept that the guy has a point. Life under the collar has merit.

In the case of the now 27-year-old Adele Laurie Blue Adkins, you wonder if she agrees with such sentiment. Trailing her legitimately hugely-anticipated comeback with an open letter that played with numbers, she cited turning a quarter of a century as her road to Damascus moment, the point at which it all started to make something approaching sense.

'I’m sorry it took so long, but you know, life happened'.

You have to admire the understatement.

Numbers, generally, don’t lie and you could easily crowbar together a screaming GIF-addled list of Adele’s commercial achievements but, suffice to say, she has sold, broken, set and once again broken so many records that Guinness have had to work hard to keep up, and will likely continue to. This is an individual of strong character who has shattered any and every expectation, who made cracking America look so easy you can’t help but feel for all those great white hopes who did not, who has pointedly refused to cash in on her name with needless tacky endorsements, who somehow, some way, has managed to develop and protect a private life in the face of overwhelming scrutiny and has effectively made the music industry itself march to the beat of her own drum.

This is a fascinating, often witty figure with a great story to tell and yet 25 is content to simply bloat the prologue. A triumph of mediocrity, its chief fixation is – drumroll – further booming dispatches from a broken heart. Nobody expected Adele to suddenly reinvent herself as some kind of genre-busting savant nor would it be fair but really, we’re still here? 25 is the awkward moment where you begin to feel sorry for the inspiration of such sorrow. Evidently, his crimes have yet to be fully accounted for so enter ‘Hello’ to set the tone with a lump hammer. You know the play; starts small, goes big, fells all in its path. It does what it does well, it is what it is and you’ve heard it all before.

Adele’s repetition is anchored further by some of the least dynamic work of her career. There’s nothing here to rival the playful malice of ‘Rumour Has It’ or the instant hit of ‘Rolling In The Deep’. No song is likely to generate an argument ala ‘Skyfall’. Heavyweight personnel are on board, of course, but the results are lukewarm. Max Martin connects yet again with his contribution to ‘Send My Love (To Your New Lover)’, though it’s more slight jab than knockout punch. Though a fine up-tempo stomp, it’s curiously at odds with every other track on 25 musically. In context, Adele sounds slightly uncomfortable straying from rigid lines.

By her own admission, this is her directly-aimed 'fuck-you song', a reinforced exclamation mark that she’s well and truly over it all. 'I’m in that place', she noted when speaking to the resurrected Observer Music Monthly. “My love is deep and true with my man, and that puts me in a position where I can finally reach out a hand to the ex. Let him know I’m over it.” And yet this spiteful turn - ”Treat her better” - and just about every other lament on 25 tell another tale. The ghosts that haunted 19 and 21 aren’t character-forming spectres at the feast here, rather frequently summoned guests that would likely prefer to be left dormant.

Elsewhere, ‘I Miss You’, penned with Paul Epworth, is probably a better track than the one song Florence Welch keeps churning out but it could use her producer’s ear for percussion. Written with Tobias Jesso Jr, ‘When We Were Young’ sounds like the kind of thing Barbara Streisand might come up with at the piano while bored on a rainy Sunday afternoon. Her vocals would hopefully be less cloying, too. The bard-like ‘Million Years Ago’ also has the air of being parachuted in from a different era. All of this might sound like Adele is at least trying to mix things up, yet it all feels so staid and formulaic. ‘All I Ask’, for instance, will likely live on as That One Song An X Factor Hopeful Really Understands, You Know?

It makes a certain kind of sense that 25 would emerge not long after the river of John Lewis Christmas ad tears dried up. Safe as houses, emotionally manipulative, a touch depressing and entirely forgettable, this is a dreary lesson in how to manage expectations. Music as a foregone conclusion. Time to move on.

It's A Holiday Soul Party