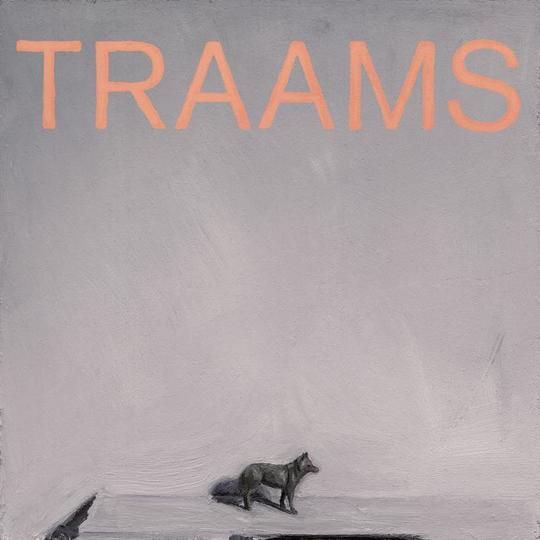 I’m a firm believer that the best guitar bands are the ones who embrace feedback as a tool – a block to be moulded, not an accidental occurrence to be eliminated in the relentless pursuit of perfection. This unwavering politeness has gone on long enough, and the rise of bands like The Twilight Sad, Hookworms, Pulled Apart By Horses and now TRAAMS brings hope to my weary heart. A piercing electronic shriek can conjure emotion in a way that simply isn’t attainable through words alone.

Modern Dancing builds on TRAAMS’ debut, Grin by harnessing that feedback and inertia and forcing it into taut, driving compositions that pulse and grind with undeniable life. You can tell this is a record made by actual humans, wrestling control of their instruments amid ear-splitting volume while remaining confident that the results will be worthwhile. If you’d told me this was a live album, I’d probably have believed that, too. That’s supposed to be a compliment – when bands say things like “we really wanted this record to capture the energy of our live show” it makes me want to drown things, but Hookworms’ MJ has remarkably done just that.

Traces of the past remain near the surface (Neu!, Joy Division, The Fall, Sonic Youth, Pavement) but they never become any more than that. TRAAMS’ identity is one shaped by touring and an understanding of where their individual strengths lie. There isn’t a second wasted here, and from a group who always threatened to turn each song into an extended krautrock jam, that’s a pretty extraordinary development. ‘Costner’ starts the record fully locked into a motorik groove and a chorus reminiscent of turn-of-the-century mid-tablers Seafood and never really lets up. The guitar riffs that follow in ‘A∩B’ almost appear accidental as they force themselves to the fore, bursting into life and propelling the track forward with something approaching joy.

This isn’t exactly a happy record, but nonetheless feels a bit like a celebration. Try and listen to the build-and-release of ‘Sister’ without raising a smile, or the perfect pop form that comprises ‘Silver Lining.’ There’s bleak paranoia lurking underneath but it’s offset by hope, and that’s what’ll pull you through in the end. When Stu Hopkins wearily exhales “so go along / accept it all / it’s over” it should be an admittance of defeat, but there’s a calm underneath that shifts the meaning of the line to one of comfort. Elsewhere, ‘Neckbrace’ channels the urgency of Mazes’ wonderfully ramshackle debut, while ‘Car Song’ manages to summon pain in a minute and a half using just a lazy vocal, a clean guitar and yes, a dark howl of feedback.

Within a quest to remove points from the final score, this is a difficult LP to criticise. Its blemishes are part of its overall aesthetic. Maybe more variation would’ve been welcome, and while there is genuine progression from Grin, perhaps TRAAMS could have stretched themselves even further. In the end, however, that doesn’t really matter. During the weeks spent in the company of Modern Dancing I haven’t really managed to listen to anything else, and it’s never been through obligation. Of course it’s not perfect, but it revels in that deficiency and harnesses aggression via discomfort to maybe eventually find peace. That amounts to a collection truly worth clutching tight.