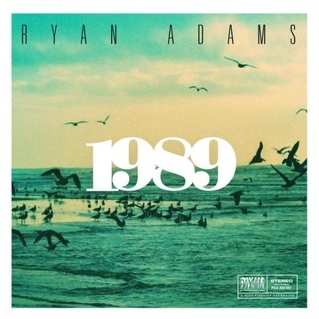 One of this year's simply must have's. By re-recording the whole of Taylor Swift's '1989', the maverick alt country star has turned a world beating chart smash album into a tender masterpiece of bruised Americana, in the process emphasising the perfect songcraft and exposing the dark heart of emotion beating beneath Swift's gleaming surfaces. Where Swift had brash fun with her break up with One Direction's Harry Styles on her perkily upbeat Style, which celebrates the "James Dean daydream look" in his eye, Adams recalls a lover with "a Daydream Nation look" in her eye. The Sonic Youth reference is reflected in shimmering, echoing guitars as he attacks the undertone of loss and longing in a snatched memory of happier moments. A multi-instrumentalist and music obsessive, Adams sustains this level of reinvention throughout, digging deep into the songs. Where Swift, bidding for the global mass market, dialled up the synthetic plasticity of shiny digital hooks and bright walloping beats on her original, Adams goes straight for the emotional jugular. 'This Love', already an atmospheric burner, is slowed right down and opened out, the slivers of piano and aching vocals arising as if from a bottomless pit of misery. 'How You get The Girl' becomes a ruminative acoustic ballad. The stuttery, percussive 'Blank Space' is delivered as a finger picked act of introspective rumination. Adams beautifully evokes the ghosts in Swift's pop machine.
description from ww.roughtrade.com