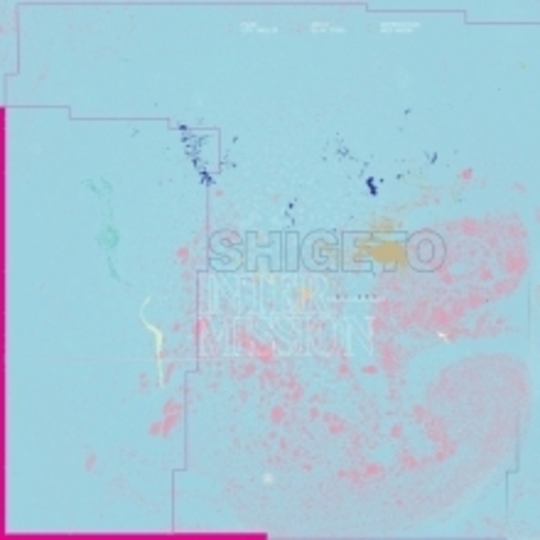 Zach Saginaw is a busy guy. He’s spent the past couple of years, since the release of No Better Time Than Now, his second record as Shigeto, working with a slew of collaborators, turning his hand to film soundtracks, touring consistently, and building his own studio, all the while remaining - for my money at least - the jewel in Ghostly International’s not-inconsiderable crown. With his other engagements set to continue for the foreseeable, and with the Michigan native freely admitting that he’s yet to be struck with the requisite inspiration for album number three, he’s offering up an experimental EP in the form of the aptly-named Intermission.

Saginaw has always taken his cues from a wide range of influences; he’s a trained drummer and plays live behind a real kit, and accordingly often incorporates rhythms best suited to jazz. He usually bases his approach to electronics, meanwhile, on his understanding of texture and groove. In general, it feels as if these aspects of his approach have been stripped back to the very basics on Intermission; the sheer length of time that Saginaw has been on the road and the fact that his move between studios has been protracted has meant that he has been deprived of a lot of the equipment he might normally gravitate towards, and accordingly, he’s had to rely on smaller synths and pre-recorded samples.

The result is a purer collection of ambient tracks than he’s made to date - and it suits him. ‘Pulse’, in opening the EP, is deceptively simple; the plink-plonk of the wooden percussion and the choppy, split-second vocal samples make the sonic landscape sound a little busy, but the groove is gradually hypnotic and, at points, the instrumentation is actually barely there. ‘City Dweller’ delves further into minimalist territory; wonky keys that might have been lifted from an 8-bit video game drift over turbulent percussion. ‘Do My Thing’, meanwhile, is sandwiched between two sub-two minute cuts - ‘Gently’ and ‘Deep Breathing’ - that use the most rudimentary of synths with clinical accuracy to summon up a brooding, almost eerie, late night feel.

‘Do My Thing’ itself is a sharp reminder of what exactly it is that Saginaw has done with this EP, intentionally or otherwise - it isn’t just a case of experimenting with different instrumental palettes. By providing himself with a narrow set of parameters, he’s discovering what he’s capable of in a less-than-optimal creative environment, and if Intermission is anything to go by, a protracted lay-off from Ghostly releases whilst he pursues other avenues would be a real shame - nobody’s capturing that midnight mood quite like Shigeto at the minute.