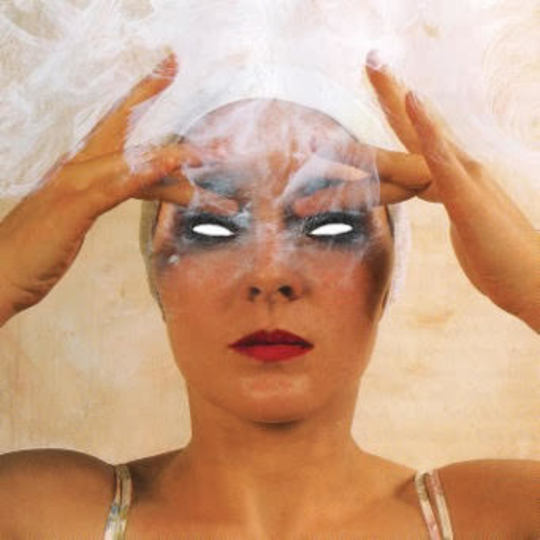 Welcome to the weird and wonderful world of Hey Colossus, a band fresh from releasing their finest album to date – the majestically noisy In Black and Gold – back in February of this year. And now they are back with another effort, and it is certainly a contender to take the aforementioned crown away from its predecessor.

In Black and Gold was more in touch with the band’s past than this new release. The album was cleaner than much of the band’s earlier work but nevertheless retained a distorted edge that was consistently reminiscent of the metallic noise rock feel of much of the Hey Colossus back catalogue. It would be misleading to suggest that Radio Static High sees the band take on a completely new tactic, but the progression towards an ever-cleaner sound is nonetheless apparent. Particularly obvious is the lack of shrouding covering the vocals of frontman Paul Sykes. On In Black and Gold his voice was – more often than not – a part of the overall mix rather than a defining feature of the record. Here, however, Sykes is allowed to simply sing – with minimal effects – in a way that contradicts the band’s traditional style.

It would be a mistake to assume that the move towards a cleaner sound equates to a watering down of Hey Colossus’s musical identity. Like all great noisy bands, they are simply finding new ways to make a great racket. A crucial part of the group’s strategy has always been to utilise the noisenik potential of psychedelia to its fullest extent, and that’s a significant element of Radio Static High’s success. With the group’s three guitarists all playing a major role, this is a deceptively enormous sounding record. Although at points – namely the skull-crushing ‘March of the Headaches’, the bulldozing ‘Numbed Out’ and the crunching ‘Hesitation Time’ – Radio Static High is intrusively loud in the traditional sense, at others it simply makes claim to be all-encompassing and all-subsuming.

Take ‘Hop the Railings’ – recently audible on BBC 6 Music, during the day time no less – as a suitable example. It steams through its six minutes with all the assurance of classic a classic krautrock track. It’s also quite as captivating as that description suggests, emphasising that Hey Colossus have reached a point where they are comfortable enough to demand attention through the ever-present intensity of their playing. This makes even Radio Static High’s most distortion-free moments impossible to ignore.

Ultimately, then, what Hey Colossus have provided here is demonstrable proof that they are a band to be reckoned with not just when they are in full-on bludgeoning mode. Radio Static High makes a perfect counterpart to In Black and Gold. The two together showcase a distinctively well-honed ability to make records that are simultaneously subtly compelling and boldly arresting. To have released both in one year is more than impressive. If any further proof was needed, going into 2015, that Hey Colossus were one of the UK’s best and brightest underground acts, then Radio Static High has surely knocked the doubters out of the park.