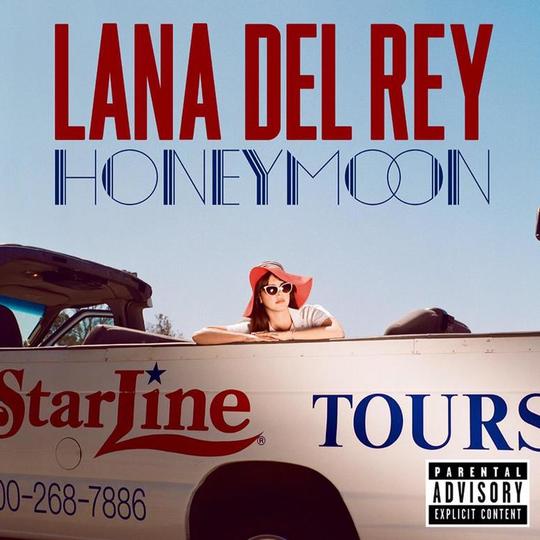 Thank you for your latest communication. Given that you have 5.7million Twitter followers and nearly 12 million fans on Facebook, I still can't believe that you’re writing directly to me. And only me.

I am very touched by your invitation to come to California. You make it sound as dreamy as Audrey Horne’s deepest fireside slumber. For some reason, despite knowing the skies are bluer than blue, I can’t help but picture everything in black and white.

I was really blown away by the chapter entitled ‘Art Deco’. I’m imagining you poolside, pouring fresh lemonade into my beaker beside my Old Fashioned. You sound totally in your element, distorting any lingering preconceptions that the be-all and end-all of your life is being front-row at fashion week. I'm not sure why I thought that. Of course you're much more of a human being than that. Perhaps it was your destination at some point but it seems like you're not as bothered by fame - and all its trappings - as you once were. Am I right in thinking this?

I am somewhat in awe of your ability to turn even the slightest breath into a texture. Your turn of phrase can twist and twirl, before becoming a haze of ideas that dissipate... It’s like you’ve studied the grand masters and know every nuance of the Bond themes (did they call you about that? Perhaps you were on the other line chatting to Baz?). Everything you do is effortless, rather than knowing. It seems so defiantly you, which reminds me a little of The xx, who I think you may have met in the Hamptons a few years ago.

However, I’m a little unclear as to your intention. You don't demand that I run away with you but you do say that we can slow-dance to rock music…?! And yet, you sound very much in love with someone else the next moment. A little later it's clear that your heart has been weathered until it’s withered away... I guess I can’t quite tell if you’re in or out of love right now. Or even if you’ve become a little agnostic to the idea of love. It’s abundantly clear that you don’t really seem to have contempt for the concept, so perhaps I’m overthinking these subtle remarks.

I adore our companionship. I like to take your communiques on long walks, picturing the empty mansion on a hilltop where you wrote this. Your occasional missives to me have been nothing but charming and entrancing. I will try not to read between the lines in your honesty and candour. It’s rare for people to put so much of themselves "out there", and reference the things they love, knowing that nostalgia for the past can make the present seem so much more vivid. If anything, your use of our shared history is wonderful. I love that within a few songs you sway from Sugababes to The Sugarhill Gang, Dylan (think you might prefer this version of that track), 'Hotel California', Bowie, Billie Holiday and then your reading of T.S. Eliot’s ‘Burnt Norton’ is simply sublime, darling (and I guess why I was thinking about how you understand that "now" is only possible with the detritus of the past...).

I guess what’s thrown me is that in your own poem, the one with the title ‘Terrence Loves You’, in which you say “I still get trashed, darling, when I hear your tunes”, I got a little bit confused as to your intentions, but I will let that slide, as I'm terrible at misunderstanding... I like how you make me think of my dear old friends Mercury Rev, some of the time, in the way in which you playfully place imagery atop ideas, like a bright white veil behind a dirty window. At other times you remind me of my darling, Marissa Nadler, in the ways in which you shoop-shoop your sadness into a transcendental groove.

I digress… From your letters I’ve found myself rethinking the idea of hip-hop as a sort of urban folk music. You make it clear that we can each create our own soundtrack that fits the world we know and live in or imagine floating above.

The way in which you flit from the left coast across America through 'High Society' to 'Grey Gardens' has always excited me. That sense of faded glamour also got me thinking about The American Dream, which leads me to what I started this letter to say to you...

For a long while, The American Dream held a great allure. Not just for you Americans, but to everyone in the world. Whether it was the rags to riches success stories, eating knickerbocker glories in diners with The Fonz, or the freedom to own a gun rack in a land where there was no chance of war, your idea of The Dream over there can be a bit baffling, but thrilling at the same time.

For me, the American dream was the Californian one, but it’s much different to yours. Growing up with Epitaph and Fat Wreck's slightly anti-capitalist releases on cassette, and the X-Games recorded on VHS, it was a dream where you could surf in the morning, mountain bike in the afternoon and then hang out with Johnny Depp on Sunset, drinking shots until dawn. Then I read 'Fear & Loathing' around the time Paris Hilton and ‘Teenage Dirtbag’ were the talk of the town, and LA blurred with Vegas, so your star-spangled America just seemed like mindless self-indulgence once again. The opulence seemed to reflect little more than the narcissism.

I get the sense from ‘The Blackest Day’ that you’re not as in awe of America all the time. Then again, it seems like you close the blinds and rattle around in your own world. Please remember that no human is an island, but the way you present your communications, I get this sense that you and fka Twigs would make for wonderful neighbouring colonies. Your tribes would probably get along pretty well. And with the chapter entitled ‘Music While I’m Watching The Boys’ the warm uplifts got me thinking that Julianna Barwick’s island would sit just off your coast, like a dormant volcano protruding from the distant mist.

I guess what I’m trying to say is yes, yes, and thank you. Your previous communications have been great to immerse myself in, but this one has really floored me. You’ve found your own style and run with it. It’s amazing to see someone so free and in control.

I wish you all the luck in the world and I look forward to hearing from you again.