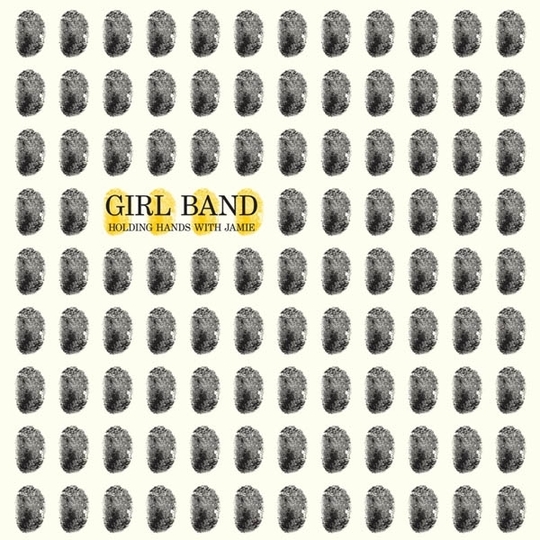 When I hear someone like Girl Band it reminds me of my teenage years, hearing The Jesus & Mary Chain for the first time back in 1985. 'Why?' you might solemnly ask. Well for starters, it feels like being exposed to something from another universe entirely. Something that your parents or indeed anyone from their generation wouldn't approve. Something that transcends what would acceptably be classed as music in its most traditional sense. Something exciting, brash, evocative, breathtaking, yet also bewildering, confrontational and ultimately frightening. Perhaps even more perversely, it isn't 1985 and I am now that generation. The one that should be looking down and tutting, reminding all and sundry that it was so much better when I was a kid. And yet I'm not. I'm sat here bedazzled, gobsmacked and utterly entranced by one of the most compulsive records I've heard in years.

But let's not jump the gun. This love affair with Dublin's most immoral purveyors of aural brutality didn't just begin here. Rewind the clock 15 months to last year's Primavera Sound, and their captivating presence was there for all to see. Twice if you were one of the lucky ones. In frontman Dara Kiely they had the possessed spirit of a young, healthier looking Mark E Smith within their ranks. Around him three co-conspirators responsible for making the most unholy racket this side of the last Whitehouse LP. In fact, one could almost be forgiven in thinking this was a side-project for the aforementioned industrial experimentalists, such was the visceral nature of Girl Band's music. The $64 million question being whether Girl Band could capture the full-on intensity of their show on record aside, anyone present at either of those shows discovered their favourite new band that day.

That the early signs weren't overly promising is by the by. Indeed, one can work their way through Girl Band's entire back catalogue and trace their progression with every subsequent recording. If it weren't for the fact it was the same four people involved, the band that put out the two minutes of thrash that is 'In My Head' in April 2012 would be unrecognisable from the one whose album sits before us now. And so on and so forth, 2013's unrelenting cover of Blawan's 'Why Do They Hide Their Bodies Under My Garage?' being the sole exception.

So here we are, back in the present. As eagerly anticipated album releases go, Holding Hands With Jamie is among the most vaunted in recent years. Recorded over the space of a week - much of that time was actually spent just setting up as opposed to playing - at Dublin's Bow Lane studios, it doesn't so much wrap up the first chapter of Girl Band's existence as drag one headfirst kicking and screaming into the second. Some of the songs will be familiar from the live shows, others having morphed into mature beasts (for instance 'Sexy Wife' is now 'Pears for Lunch') compared to their embryonic urchins. More importantly, Holding Hands With Jamie was recorded to all intents and purposes as one complete body of work. An album by nature as well as in name, and one where the sum of its parts demands to be heard exactly that way.

Granted, the band may well have delivered the single of 2015 in the shape of 'Paul', easily the most cuttingly vital slab of sonic mayhem released amongst a see of garrulous predictability. That Holding Hands With Jamie doesn't include count of their previous releases up to this point among its number probably tells its own story. As does their way with song titles, none of which seem to bear any resemblance to what's going on therefore adding an extra air of mystique. Kiely's vocals too veer between louche bouts of inquisitive bombast ("I don't know what she wants?" he blurts repeatedly on 'Pears for Lunch') to largely indecipherable spurts that veer from whisper to mumble then scream and back again.

Kickstarting the album with a song ('Um Bongo') named after a tropical fruit flavoured soft drink popular in the Eighties isn't such a bad idea even if it lures the listener into a false sense of security. While Kiely is often the focal point in the flesh, its the distinctively serrated guitar of Alan Duggan that steals the limelight here. Harsh in its potency and incisively executed, his audacious segments provide the final overcoat here, ably supplemented by the tenacious rhythm section of Daniel Fox and Adam Faulkner.

While comparisons so far have included the likes of The Fall and Throbbing Gristle, there's clearly so much more at large than even those two anomalies. 'Baloo' could be the aftermath of what it would be like trapped in the refrigeration room of a slaughterhouse while 'In Plastic' follows Factory Floor or Cabaret Voltaire's mantra in fusing repetitive beats with shards of noise and therefore could be subtitled 'In Traction'.

The wonderfully titled 'Fucking Butter', an expression commonly used by yours truly in restaurants that choose to serve everything drenched in the sickly yellow stuff, is the closest Girl Band come to writing a n epic. It's also possibly the closest they've come to replicating the sheer ferociousness and intensity of their live performance, and Holding Hands With Jamie reaches its sensational peak as a result.

Which is in no way belittling of what else is on offer. Both 'The Last Riddler' and 'Texting An Alien' might act as short bursts of energetic angst. Yet as interludes go, and in particular the former, they serve as sinister shocks to the system rather than excuses for a toilet and tea break. By the time 'The Witch Doctor' brings the album to a close, its clear Girl Band's message has hit home. Senses pummelled and synapses shredded, Holding Hands With Jamie represents anything but an easy ride. But then reputations aren't earned lightly, and Girl Band have earned theirs as the most excitingly coarse noise rock outfit on the planet through sheer guts and tenacity. Now it's our turn to reap the benefits.