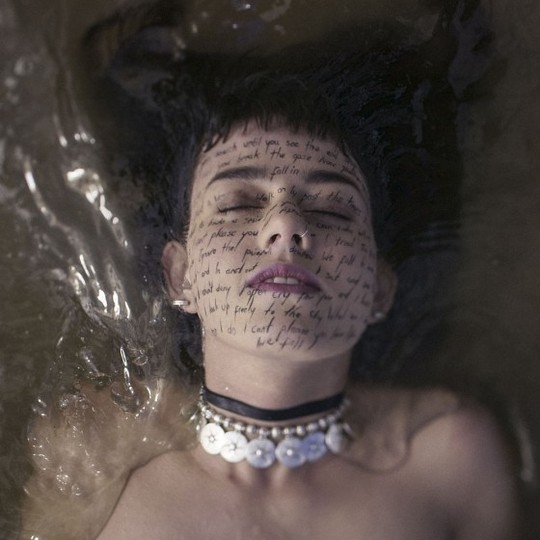 Pixx lists Bob Dylan and Joni Mitchell among key influences on her Fall In EP. So, going in, I expected a Jessica Pratt type, some ethereal, wily acoustica. What I got instead was a kind of mellowed-out Adele, with spacey, eerie electronic production. Admittedly, the list of influences also includes Aphex Twin, but I suppose the canonic overshadowed the contemporary.

In any case, what we have from Pixx (pseudonym of singer/songwriter Hannah Rodgers) is a rather interesting EP, primarily for its production, and secondarily for its songwriting. Each song is a midtempo brood that deals with the different angles of a lost relationship. The collective product breathes like a singular meditation, never eager to reach its finale, preoccupied most with giving an accurate account of itself. I maintain the comparison to Adele, but a key difference between the two is that, even on 'Flee'—the closest to the heart of any of the four tracks—Pixx is never bombastic. And thankfully so. This listener tires easily of melodramatic melancholia. Good hooks and interesting sounds survive without it.

As I say, the strongest aspect of Fall In is the production. Look to the opening moments of 'Fall In', title track and lead track, for proof. To me, it conjures blowing bubbles underwater, appreciating the transience of submarine bliss. Look also to the first 20 seconds or so of 'Deplore', where the song’s strange melody is whistled and hummed simultaneously to haunting effect. Or, examine the consistent features of the songs: the jazzy rhythm guitar waaaaay in the background, the sparse percussion, the cloudy-day backing vocals. It’s a clean sound, every hair in place, and nuanced enough to remain unique.

Which leaves only the songwriting itself. On their own, the lyrics aren’t especially revelatory, but they also clearly aren’t meant to stand on their own. They all, without exception, deal with the different angles of losing a lover. In some cases, it’s the narrator being encouraged to leave, and in others, it’s the narrator encouraging herself to leave. In some cases, it’s the narrator lamenting (but also clinging to?) her lack of control, and in others, it’s the narrator willing herself into a more controlled—but, unfortunately, solitary territory. The result is a competent examination of loss. You want to be on your own and you want companionship. You want to let someone else take the wheel, but you know they might not drive the way you would.

On the musical side, each song has a fresh and interesting chord progression, with unconventionally effective hooks. To my ears, the best examples are 'A Way To Say Goodbye' and 'Deplore', the latter of which inhabits the EP’s most unique mood—something like restrained bitterness, short of full-on anger. Like the production, the interplay between music and lyrics doesn’t let you grow too comfortable, but never throws you entirely off balance, either. Which means it’s fun to listen to, and that it rewards close study.

Hannah Rodgers is 19 years old, so the EP lacks the been-through-hell-type of wisdom of her canonic influences. Which is certainly no fault of hers. For a 19-year-old, it’s extremely promising work. And, as is the popular sign-off with debut effort reviews, I’ll be interested to hear what she does next.