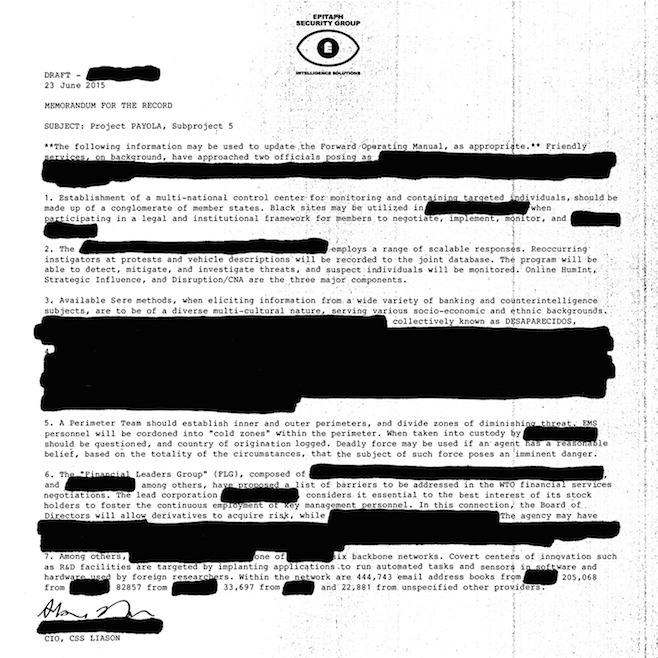 More than a decade after putting out their first album, Desaparecidos return with a follow-up that breathes new life into their brutal fusion of protest music and punk. Though the band never truly parted ways, vocalist / guitarist Conor Oberst, guitarist Denver Dalley, keyboardist Ian McElroy, bassist / vocalist Landon Hedges, and drummer Matt Baum have spent much of the past 13 years pursuing other ambitions (including Oberst's work as a solo artist and Bright Eyes frontman). Fueling their Epitaph Records debut 'Payola' with the same spirit of unrest that propelled 2002's 'Read Music / Speak Spanish', Desaparecidos now match that passion with a fuller, more furious sound and gut-punching commentary on everything from immigration reform and the healthcare debate to gun control and Wall Street bailouts. With its title capturing what McElroy calls "these endless examples of what's wrong with the whole money culture happening in America today," 'Payola' was co-produced by the band and their longtime collaborator Mike Mogis (First Aid Kit, The Faint, Man Man). Recorded in several bursts over the past few years at ARC Studios in Omaha, the album's 14 tracks pack a barrage of outcry and insight into each sharply crafted lyric while storming forward with a ferocious energy. And in their implausibly melodic blend of blistering riffs, lead-heavy rhythms, and savage vocal work, Desaparecidos reveal a bottled-up intensity that suggests a band whose chemistry's stronger than ever before. "It wasn't like we were trying to recapture some former glory," says Oberst of Desaparecidos' long-planned reunion in the studio. "It was like we had to do this, and we had to do it now."
description from www.roughtrade.com