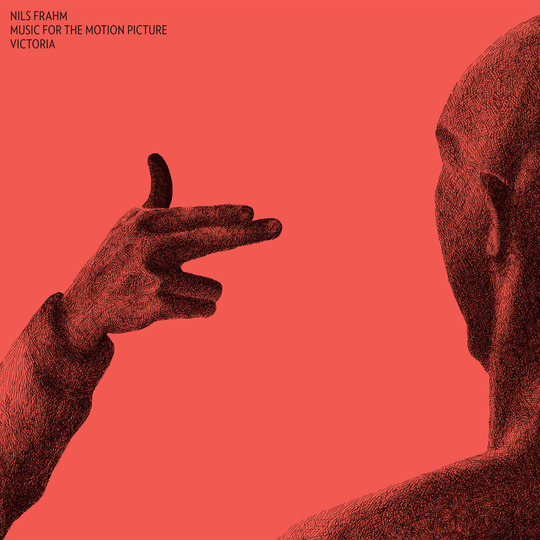 Nils Frahm himself acknowledges that it’s taken him a fair old time to get round to making a film score. It’s especially surprising considering he seems so well suited to the job. Letting his pieces swell through arcs with subtlety and grace, littering them with motifs which could double as perfect emotional cues for any director, his music could easily be described as cinematic. But he’s bided his time, and delivered this soft and brooding set for German director Sebastian Schipper.

Music for the Motion Picture Victoria finds Frahm at his most restrained. It’s as sparse as his other album of 2015, Solo, but with an even greater emphasis on ambience, rather than prettiness. The music begins with chords flanked by silence, widely spaced out, and he doesn’t raise the pulse much more from there. It’s not as expressive or as lyrical as his main work, presumably letting the film’s narrative and images do the heavy lifting on that front; complimenting the picture rather than distracting from it. It is a score, after all.

Taken purely as a piece of music, we do find Frahm introducing new and interesting elements into the mix. He works as well as you might imagine with a cellist and ambient guitar player, using them to sparing and great effect by letting them eek in some textural snatches of tension, rather than any full blown melody. It evokes an odd mixture of calmness and trepidation.

Some might have been hoping or expecting that Frahm on the silver screen would find him painting on the biggest canvas possible, with the broadest brushstrokes, going for the epic in every sense. If you were hoping for rolling build ups, swooping climaxes, and memorable piano runs, you’ll be disappointed. The film itself is a one take piece of a night out which turns into a bank robbery, and the music reflects the subtleness of a story told in the slowness of real time. It builds tension far more than it delivers on it. Tracks like – spoiler alert (presumably) – ‘The Shooting’ don’t go for the high drama, but numb melancholy.

Naturally, there’s no getting away from the fact that this is a score, not a record, and as such there are passages of relative inaction in the music, while Frahm gives the narrative momentum its space. But happily, not only does this create what’s probably a remarkably well judged score which neither overpowers nor outperforms a film it’s supposed to be complimenting, it also results in a strong stand-alone mood piece, thoroughly deserves to be heard by all of his admirers.