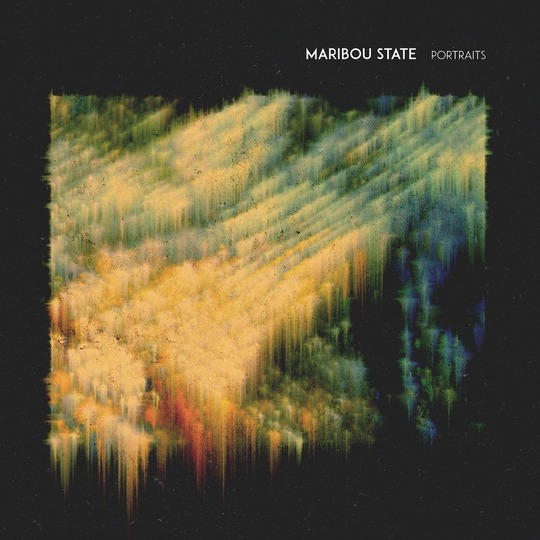 Hertfordshire-bred production duo Maribou State burst onto the electronic music scene with their floating, summery 'Scarlett Groove’ during the second half of 2011 - although ‘burst' doesn’t feel anything like the right verb to describe how Chris Davids and Liam Ivory operate. The handful of softly spoken EPs they released on Norman Cook’s Southern Fried Records label in the subsequent few years - particularly Truths - owed far too much of a debt to downtempo, more relaxed tributaries of the deep house movement, and lounge, for ‘bursting’ anywhere. But they did make a meaningful impression on most people who took the time to listen to them, earning plenty of new fans as a result.

A few qualities separated Maribou State from the other producers trying to make the most of the public’s appetite for summer-infused house: a genuine desire to perform many of their songs live, the rich, vibrant sound which they achieved as a result of using recorded instruments - rather than laptops - to make their music, and their almost instinctive feel for making pop songs. ‘Moon Circles’, which transformed a Tupac sample and a simple piano line into a stunningly mellow, vibey piece of music, is arguably still better than anything else on YouTube’s numerous, nostalgia-selling deep house channels. But - two years later - things aren't so simple on Portraits, their debut LP.

Although lots of the constituents which made their music so hard to dislike are still around – the persuasively simple piano lines, the luscious, groovy beats and catchy melodies – Portraits isn't afraid to temper the good times with something a little more melancholy: on ‘Steal’, Holly Walker “needs the Valium to sleep at night”; on ‘Say More’ Jono McCleary's seemingly jilted lover proclaims "we don't belong necessarily" over a tribal drumbeat laced with wailing, ambient sound, and on many of the instrumentals tracks you find yourself caught in a strange limbo between spooky and summery.

The few guest appearances here are also something of a departure from Davids and Ivory’s usual MO, simply because the vocals are used as vocals, rather than as ingredients to be mixed in with the other instruments. Whilst Portraits still has its fun distorting human vocals, cutting them up into pieces, and furnishing its instrumentals with them - as on the cascading ‘Rituals', whose vocals line fluctuates, forming the semblance of a melody, before dissembling into a rhythmic sort of chant - there are definitely more actual songs here, with verses and choruses, than ever before. This is something of a double-edged sword.

On the one hand, you can’t help but feel as though their beats are at their most heartfelt and familiar when they’re unaccompanied by traditional vocals - for example, the shimmering, impressionistic ‘Varkala’, which feels almost suspended in time, in stark contrast to the other songs here, and ironically contains probably the most well-placed vocal on the album, cutting clear through the instrumentation half way through - whilst, on the other, shifting towards vocal-led tunes probably means the attentions of the sort of mainstream audience which would rightly lap up Portraits. And the thing is - they deserve the popularity.

With lots of producers, you can actively hear the amount of time and tweaking that’s gone into a track or album. But with Maribou State - even though their songs are packed with interesting details, and rich with texture, there’s a sense that everything comes easily - that the songs just sort of appear, fully formed, in a moment of dreamy inspiration. This is Portraits' greatest strength - that it demands so little from its listeners up front. It’s definitely not a ‘grower’, but you won’t love it for two minutes then leave it, either. Rather, it sits somewhere in between: impressively easy to like, refreshingly difficult to get tired of.