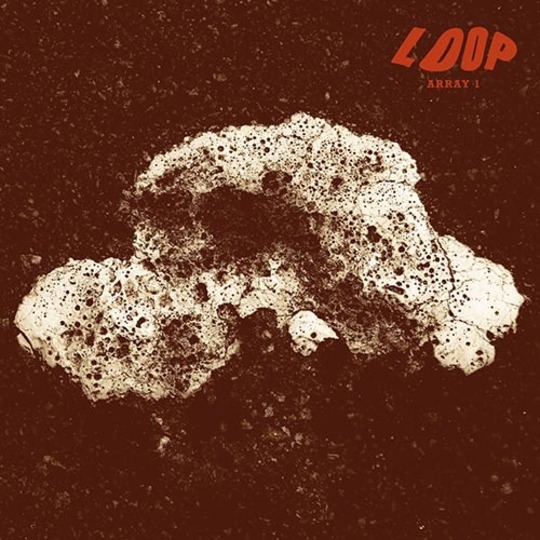 When speaking to Drowned In Sound at the tail end of 2013, Robert Hampson declared 'Loop is not a permanent reunion'. And he was right. As far as that particular line-up of the band was concerned anyway. Having committed the band to a number of live appearances over the next few months, Hampson announced that the other three members - guitarist Scott Dowson, bass player Neil Mackay and drummer John Wills - had left and Loop would be disbanding.

However, when asked during the same interview whether there would be any new material in the pipeline, his response of 'Never say never' suggested the door was still open. Fast forward 18 months and here we are with a new line-up and Loop's first batch of new compositions in a quarter of a century.

With Hampson still forming the nucleus of Loop's sound, it's no surprise that the four tracks on Array 1 retain many of the sensibilities and structural elements of old. Indeed, opener 'Precession' wouldn't sound out of place among A Gilded Eternity's heavily orchestrated mantras. Constructed around a savagely executed riff that repeats itself incessantly throughout, Hampson's vocal hauntingly teases in the background amidst swathes of effects-laden noise that veer from pastoral to brutal in an instant.

'Aphelion' continues in a similar vein, its hypnotic groove albeit perhaps more accustomed to the sonic palette exercised on the band's second long player Fade Out than its more aggressive successor. Although new to the fold, Hampson's three co-conspirators on these recordings - Dan Boyd (guitar), Hugo Morgan (bass) and Wayne Maskell (drums) - have seemingly settled in with ease. Indeed, one of Loop's main facets back in the day was their surging rhythmic excursions, something Morgan and Maskell have locked down to a tee.

Nevertheless, it would be unfair to suggest they've adopted a copycat 'best fit' approach to that of their predecessors, and on the closing 17 minutes long opus 'Radial' each component of Loop Mk.IV comes into its own. While the linear drone of 'Coma' perhaps confuses expectations somewhat, there's little doubt Hampson and co surpass them on the EP's closer. Again, initially formed around a singular drone, 'Radial' takes on a whole new lease of life seconds before the six minutes mark. With nods to both the past (Hawkwind) and present (Sonic Jesus) in its make-up, there's an unmistakeable quality about 'Radial' that has Loop's name firmly stamped across its grooves.

While not quite on a par with the dizzying heights of 'Burning World' or 'Collision' from Loop's illustrious past, Array 1 contains enough moments of unparalleled brilliance to make autumn's projected follow-up EP a mouthwatering prospect.