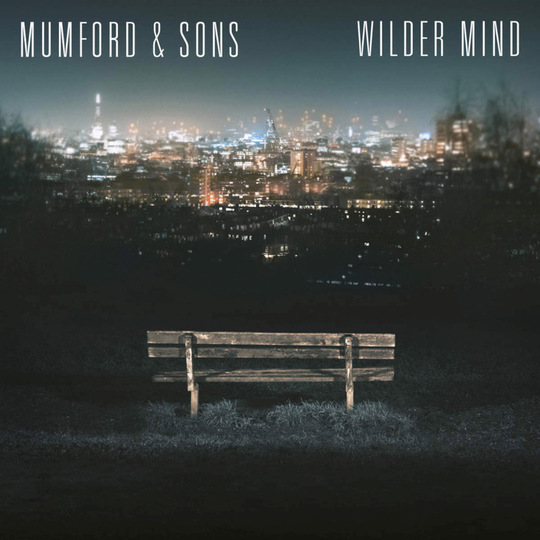 It’s easy to forget that once upon a time Mumford & Sons were Laura Marling’s backing band. Marcus Mumford was her drummer, most of the time, although I once saw her play a stripped-back show during which he shuffled through instruments on an almost a song-by-song basis; he seemed well-versed in all of them, and was evidently a talented musician. His interactions with both the crowd and Marling herself were witty, charming, and warm, too, and when he made brief reference to having been recording his own material recently, I made a mental note to keep an eye out for it.

Mumford now fronts one of the biggest and most maligned bands in the world, something I’d have given you long odds on seven years ago. Second album Babel saw them ascend to arena status in this country and to say it helped them crack America would be a thumping understatement; it went two-times platinum over the pond, winning the Grammy for Album of the Year. And yet, back home, the alternative music press have met their successes with a special level of vitriol and ridicule usually reserved only for the most egregiously unlikeable artists.

One of the most memorable lines from Peep Show equates liking Coldplay with supporting the Nazis, and Mumford & Sons have been held in the same bracket of disdain for a good long while. Unlike Coldplay, though - occasionally inspired on their early records, but largely bland and characterless since - criticisms of Mumford went beyond the (reasonable) accusation that their output to date has largely been fairly dull. Songs like ‘Little Lion Man’ and ‘The Cave’, with their overwrought progressions towards contrived, faux-emotional crescendos, just came across as very, very false. They were by-numbers, fists-in-the-air arena rock numbers that - unforgivably - the band unconvincingly tried to pass off as genuine by tacking on utterly extraneous folk instrumentation (banjos, most notoriously) and cultivating an ill-advised image of tea-and-tweed, country-gent Englishness. It seemed perverse that a group presented themselves that way could be one of the country’s great musical success stories in the midst of a spell of austerity enforced by a Conservative-led government.

That’s why everybody outside of the musical mainstream seems to hate Mumford & Sons - not because they were well-educated (by that logic, we’d all have to disown Radiohead, too) or because their music was necessarily offensively bad; it’s that everything about them screamed calculation and pretence. When they were announced as headliners for Reading and Leeds in early February, both the fact that they were deemed suitable for a traditional rock festival (regardless of how applicable that tag now is to the events) and a new press shot that had them wearing leather jackets and staring moodily across a pint-strewn bar seemed to suggest a new direction. Given that shedding their old image would leave them with pretty much zero in the way of identity, I perhaps naively thought they might make a real effort to do something different with Wilder Mind. Like I said, Mumford is a talented chap; let’s see what he can do with the electric guitar.

On this evidence, though, the answer’s fuck all - fuck all that’s interesting, anyway. This is the record that anybody with any sense saw coming an absolute mile off the second the wholesale banjo-ditching came to light. Structurally, it isn’t especially dissimilar to either of their first two albums - they alternate between the anthemic and the reflective with the assurance of a band who have moved between these gears before - but the sonic palette is now one lifted largely from Tom Petty-style driving Americana, with a touch, here and there, of classic U2 bombast. In modern terms, it probably falls somewhere between Kings of Leon’s Only by the Night and The War on Drugs’ Lost in the Dream; imagine the former stripped of Caleb Followill’s impassioned delivery or the latter without the lingering eccentricities of the Kurt Vile era, and you’re halfway there.

The primary problem with Wilder Mind is that when it’s by numbers, it’s wholly so - the band seem incapable of avoiding the obvious pitfalls of this style of songwriting, as the hilarious late key change on ‘Believe’ indicates - but when they try and do things differently, the lack of confidence in their ability to do so is palpable. ‘Broad Shouldered Beasts’ is the main case in point; it aims to chop and change between quiet, piano-based melancholy and the racing choruses of their previous output, but even though the string work is smartly executed, everything else feels muddled.

There are, sparingly, nice ideas. ‘Snake Eyes’ pitches the foreboding shimmer of its guitars just right, works some subtle synth work in nicely and keeps the late, loud solo taut enough to be exciting. ‘Monster’, meanwhile, uses harmonic backing vocals deftly, making you wonder why they didn’t do a little more of this elsewhere. Beyond that, though, there’s not an awful lot to recommend. Wilder Mind is incredibly one-track, so much so that even on your first listen-through, you’ll likely already feel like you’ve heard closer ‘Hot Gates’ five or six times in the past hour.

Mumford & Sons have stripped away the obvious talking points from their musical approach, but the only thing that’s likely to achieve for them is that they’ll perhaps not be attacked so aggressively by the alternative press this time around - if only because it’s difficult to be especially riled by a record quite this tepid. Morrissey once said of Prince William and Kate Middleton that they were 'so dull as people that it is impossible to discuss them.' That would be a harsh summation of Wilder Mind, but it is nevertheless not likely to inspire especially strong feelings in anybody - neither their most ardent fans nor the most vicious of their detractors.