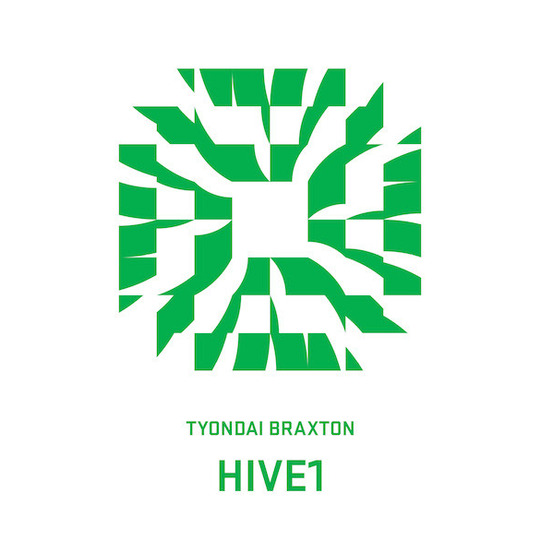 Well, this is a new one. I honestly can't get through this album in one uninterrupted sitting. "People won't be people when they hear this sound!, Tyondai Braxton once proclaimed, his vocals distorted, his glee nonetheless obvious. While serving as frontman of Battles, he combined challenging textures with pop sensibility in such a fashion that the results were immediately engaging and ultimately irresistible.

HIVE1, his first new released material in six years, is so focused on minimalism and evoking a sense of avant-garde that it quickly registers as a pointed struggle. There's nothing wrong with making demands of the listener, but there's little to no reward to be found across these eight increasingly alienating compositions. That's an important distinction, for nothing here resembles a 'song' in its most basic form. There are no vocals, no builds, no distinctive melodies, no choruses, no real payoff. Again, this is fine in and of itself; music should never be a fixed, rigid form, but the movements found within HIVE1 stutter often and suffer hugely in lieu of their original art house setting.

While Big Noble's recent ambient ode to New York City First Light offers similar sonic hurdles, there's a lot to be said for Daniel Kessler's suggestion that it's a record you can live with and paint your own physical picture alongside. HIVE1 on the other hand, simply does not function without visual stimulation. Having debuted the tracks at the Guggenheim in 2013, Braxton took his 'part architectural installation, part ensemble performance' to places like the Sydney Opera House and London's Barbican Centre, and if 'five musicians sitting cross-legged atop their own space-age oval pods' that constantly emit light while extremely obtuse arrangements play out doesn't sound like the worst indulgences of modern art to you, then I don't quite know what could.

That said, I'm confident that the music would at least have a bit more impact with such eye-catching distractions in play. Encased solely in the eardrums, it is equal parts monotonous, disorienting, aimless and violently irritating. 'Studio Mariacha', for example, genuinely sounds like it was designed to drive the listener insane. Throughout HIVE1, Braxton favours cricket sounds (a recurring, seemingly endless motif), delicate and erratic rhythms, the occasional arpeggiated stab - there's a point where 'Amlochley' almost threatens to find something approaching form, but alas… - pitch shifts and general discordance. Odd, then, that he has talked up a supposed 'very social aspect' to a creation so impenetrable.

HIVE1 should delight those who prefer to tackle a deliberately tough and difficult listening experience in a bid to glean a hard-fought victory, but it is ultimately the kind of literally mind-numbing trial that would be better served by having a fucking map thrown in. By the time 'Scout1' - the most 'together' thing here at a wandering nine-and-a-half minutes - brings about a most limp conclusion, the only release is relief. Despite the science fiction atmosphere that Braxton is at pains to evoke on his solo debut, people will still be people when they hear this sound. Many may well give up long before the final curtain falls.