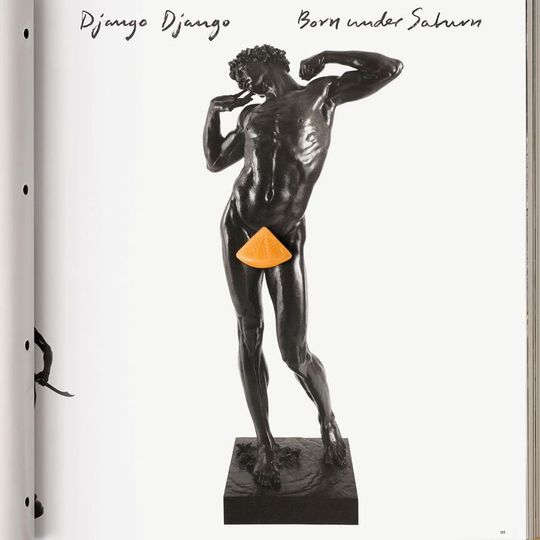 Look, I know you weren’t expecting me to say this, but the release of a second album from Django Django heralds a moment of worldwide cultural existential crisis. Three years is no time at all – or at least it’s 0.00000002170767% of the time the universe has existed, to be precise. In that time, we’ve had six Marvel movies, London has become affordable only to those of us who have made several billion pounds from music blogging, Ed Miliband has become cool, Ireland got better at cricket than England and this achingly cool, innovative, Scottish indie four-piece turned into dadrock.

Yes, my Dad likes Django Django. In fact he liked them only a few months after their self-titled debut came out. So with that in mind, and the small matter of culture’s general gentrification, how relevant can a second album from four young white guys making achingly cool indie music be? Critics loved the first album and Born Under Saturn doesn’t stray too far from its predecessor’s sound, yet it’s going to have to be pretty damn good for anyone to still be listening to it in six months’ time.

The good news then, is that it’s pretty damn good. It’s not so much more of the same as more of the same. The same funky, hip rhythms, staccato guitars and cool beepy sounds remain, but they’re built upon here. There’s a greater concession to new wave and pop influences, with greater emphasis placed on vocal harmonies and catchy melodies.

If there is a criticism of the album to be made, it’s that the best, most “different”, material is heavily loaded towards the last two thirds. Such a notion is almost certainly nonsense, but the feeling is that the band are taking a (short) amount of time to gain the confidence to branch out. This does have the unintended benefit, mind, of giving the album a shining moment; one where it bursts into life in spectacular fashion.

I can’t stress enough just how brilliant ‘Pause Repeat’, the album’s fifth track is. Opening with a squall of synths, it’s lighter and breezier than the band have ever sounded. The vocals are gloriously giddy – excited and exciting, Vincent Neff’s falsetto conveys a sense of joy is as infectious as anything Katy Perry or Taylor Swift ever gave us. OK, the keyboards at the beginning and mid-point are slightly reminiscent of Toto’s ‘Africa’, but fuck it, Toto's ‘Africa’ is brilliant.

It’s in this vein that the album continues. ‘Vibrations’ could sit neatly on Graceland, ‘High Moon’ is a synth-pop beauty deals in “oohs” and “aahs” and ‘Beginning to Fade’ – a brave title to give to a song that sits four tracks from the album’s end – is simultaneously laid-back and busy as it builds around a rare acoustic guitar.

Born Under Saturn sounds like what it probably is: a bunch of smart musicians having a great time. It’s akin to going to the pub with your mates to get drunk and watch the football, only they’re your mates you went to a redbrick university with, you’re watching the Bundesliga and you’re drinking continental lagers. It’s tough for an achingly hip, white young indie band making achingly cool music to be of any importance today, but, three years on from their debut, Django Django are still ahead of the curve.