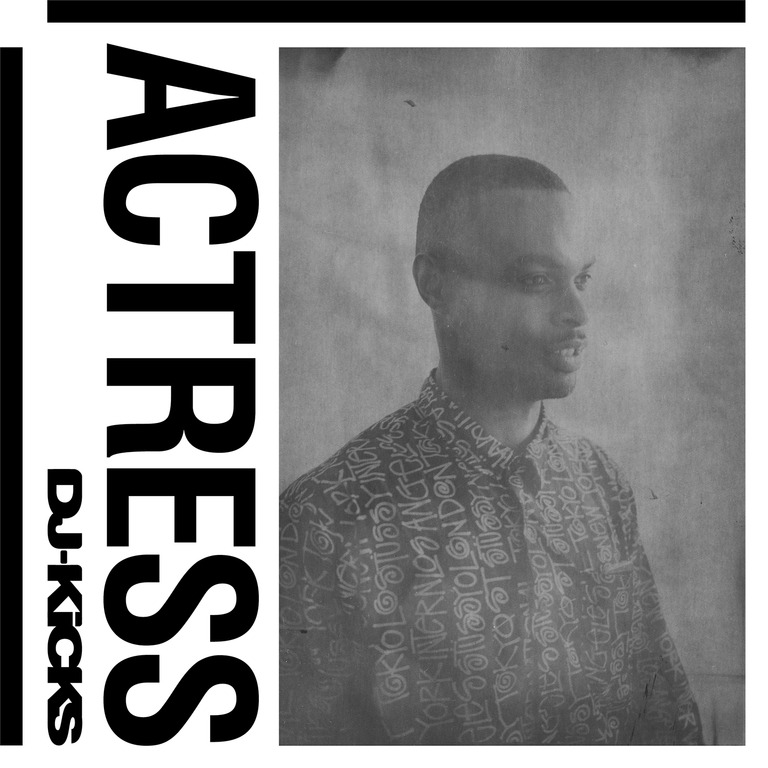 A gentle reminder that as both DJ and producer Actress is as good as it gets.»

Fresh from the release of a stellar mix from Russian heavyweight Nina Kraviz, !K7's venerated DJ-Kicks series continues its hot streak with a singular hour-long set from British techno-related visionary Actress.
Darren Cunningham's contribution, which will be the DJ-Kicks collection's 49th instalment, follows a benchmark year of standout releases from the producer / DJ. He released his fourth full-length effort, Ghettoville, followed it up with a re-release of his debut LP Hazyville, and unleashed the limited-edition black label Xoul on his own Werkdiscs label. In addition to his own output, he supported other artists' endeavors to push house and techno formats to new artistic horizons with a solid run of records on his own imprint, including a critically-acclaimed album from London's Moiré, and by collaborating with Copeland on the production duties for her first solo LP, Because I'm Worth It. Actress applied a similarly imaginative approach to his DJ-Kicks. His fearless transitions stitch together classics from icons like Chez Damier, Ron Trent, and Autechre with selections from the contemporary avant-garde, from trance deconstructionist Lorenzo Senni to the highly regarded PAN label. His eclectic set also draws from precocious outsider talents such as Greg Beato, whose release as Breaker 1 2 on Forbidden Planet opens the mix, and Hank Jackson, a Brooklyn-based beatmaker whose clever drum programming regularly appears on Anthony Naples' Proibito label. Of course, the DJ-Kicks wouldn't be complete without an exclusive production from the author himself. 'Bird Matrix,' a track he made just after he finished writing 'Ghettoville.' It's a fittingly exploratory tune for a mix that balances traditional functionality with dance music's cutting edge.
description from www.roughtrade.com