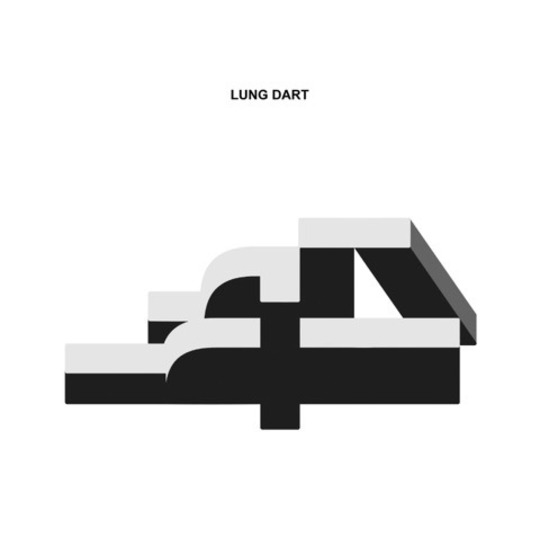 Lung Dart are Tim and James, a London duo of alt-pop producers. Fusing tranquil melodies and subtle experimentation, their debut EP Ebbs flirts with the simplicity and cosiness of 'bedroom pop', but conjures a certain sense of haunted domesticity. Drawing on a vast array of found sounds, Lung Dart bring the noises of the city and everyday life in their compositions, suspended between the confines of the apartment (the EP was recorded in their home studio) and the escapism of sleep. The press release lists a washing machine in Peckham, tweeting birds in Bow, a Northern Line train, a broken tape recorder, and 'an iPhone dropping into a box of cutlery in Battersea Park' amongst their sources. But the way these recordings obfuscate the instrumentation and blend with the often pitch-distorted vocals has more to do with emotions than the specifics of place. Not unlike the tickling samples featured on Holly Herndon's forthcoming Platform, Lung Dart's music aims for the sensory.

The EP opens with the gorgeous 'A Home', where a sparse piano and a languid saxophone strive to create a minimalist songwritery narrative amidst the confusion generated by crackling sounds, the muffled thuds of a tennis table game and flowing water. Like a slow awakening, the song takes its time to unfold, until a noisy, percussive rhythm takes centre stage. Around the 2.30 mark, this tribal cluttering is accentuated by electronic beats: there is a hint that Lung Dart could traffic in dance-oriented electronica here, but for the time being it's all about ambience. 'B. OK', the first track to emerge from the EP, is a less cryptic affair. It starts with the spin cycle of a washing machine, but almost immediately morphs into a hazy ballad with no intention to astonish. The soulful vocals are reminiscent of certain strands of alt R&B (How To Dress Well's early period being a fair point of comparison), proving that Lung Dart can bring out their pop potential. Further evidence is found in the two entrancing tracks on side B, the wryly titled 'A Certain Patio' and the stunning 'Paradise Turn'. In the former, despite the dank atmosphere created by the washy noises reverberating in the background, melancholy and catchiness meet halfway, only to be swept away by an explosion of nocturnal micro-beats. The latter is a exercise in juxtaposition: water again, a wavering noise, a haunted piano, anguished vocals, animal-like sounds, a vaporous sax solo, a protracted groan. A lullaby of sorts, it's not too far in spirit from Lisa Germano's domestic hallucinations.

It'll be interesting to see what's next for these two. In their recent mix for i-D, where Gary Wilson and Arvo Pärt meet Jandek among others, Lung Dart keep drawing on their archive of field recordings and find occasional inspiration from the “maze-like anarchive” of YouTube (to borrow Simon Reynolds' words), staying true to their mix of pop, experimentation and the mundane. Like on Ebbs' best moments, the duo's music feels surprisingly familiar and pleasantly alien.