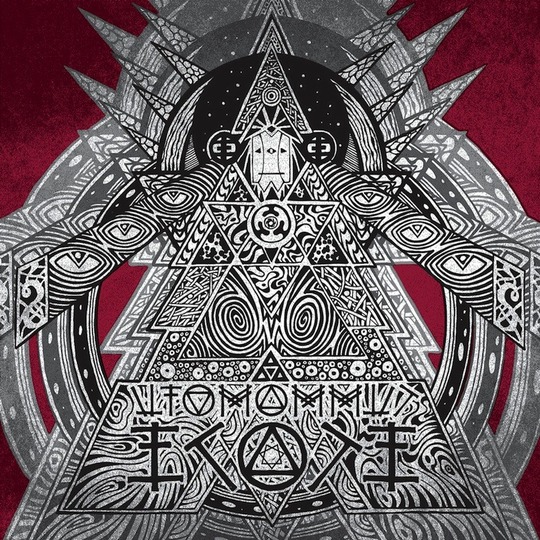 There’s a disparate nature to the sludge metal genre that many casual listeners might not appreciate. While the movement’s artists share an interest in monumental heavy riffs and doom-esque tempos, sludge has metamorphosed in recent years into one of metal’s most varied sub-categories. At one end there’s Oakland’s Neurosis, a band whose core purpose seems to be the creation of imposing, soul-bearing hurricanes of sound. There’s Ghent’s Amenra, whose approach to the genre at times borders on black metal in its ritualistic spiritualism. New Orleans’ Eyehategod have spent decades reeking of misanthropy, their drug-fuelled approach providing some of the most visceral sludge around. And what of Bongzilla? Or genre progenitors Melvins? Or Harvey Milk? Or Part Chimp? Or Ufomammut?

Yes, Ufomammut. Hailing from the Piedmont region of northern Italy, which isn’t the locale one immediately associates with skull-rattling heavy music, this Italian trio are at the forefront of contemporary sludge. Their sound, which incorporates drone dirge, doom obstinacy and psychedelic cosmicism, has made them one of the most celebrated underground metal bands in Europe. Later this year they will embark on their first full North American headline tour, and last year they also marked 15 years of existence with the superb XV package, which included a documentary on the group’s intriguing history.

Ecate is Ufomammut’s eighth full-length album, arriving in their sixteenth year of existence. This is a sludge band that has been unusually prolific throughout much of their career, hitting notable purple patches with Snailking and Lucifer Songs in 2004-5 and Eve and the two Oro LPs in 2010-12 respectively. Given that the group’s modus operandi is by now well known, especially in its focus on melding more experimental psychedelic influences with the colossal riffs central to any post-doom metal scene, there isn’t much to be surprised by here. However, there is plenty to admire.

Rather than sitting on their laurels, in writing and recording Ecate it seems that Ufomammut have deliberately set out to write a record that’s all about executing the core ideas of the band’s musical vision as adeptly and concisely as possible. Given this, it’s no surprise that the album begins with a perfectly judged feedback-ridden intro that eventually implodes into some typically dense riffing and. In many ways, over its ten-minute duration, ‘Somnium’ captures everything that’s so great about the dynamics of this album. It’s back breakingly heavy but capable of shifting tonally and temporally with the minimum of fuss. The way that ‘Plouton’, the album’s second and shortest track, violently bursts from the speakers is reminiscent of Old Man Gloom at their most sadistic, whilst ‘Temple’ is more akin to Electric Wizard in its churning malevolence.

If Ufomammut have had one flaw on past releases then it has perhaps been a tendency to overstate their case, to favour their ability to craft the colossal over all else. On Ecate they have balanced things out by showcasing their many talents in as streamlined a manner as possible, without sacrificing any of the heft that their sonic might possesses when allowed room to breathe. This is both the album Ufomammut completists will have been awaiting and the best album for new listeners to get their ears stuck into. Avanti Ufomammut!