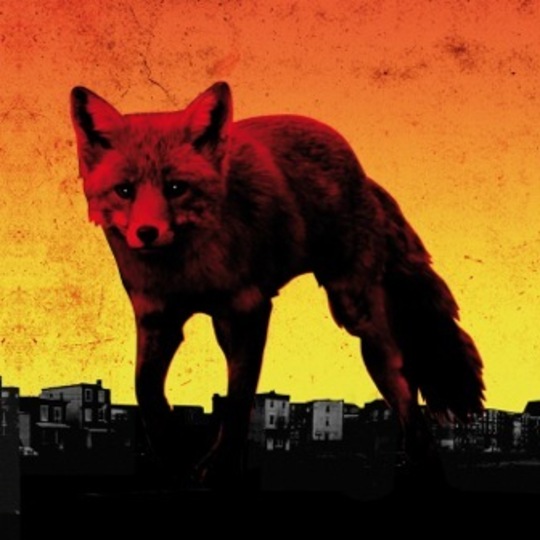 There must be some mistake. I'm supposed to be listening to The Prodigy's latest bid for relevance but it appears I've been issued a rather mean-spirited but marvellously-constructed parody.

"EYE-BI-THA!!", it aggressively reiterates, all but lurching for the collar of your shirt.

Milk is less homogenised. Having picked up Pendulum's neon-tinted baton and ran so relentlessly with it on 2009's Invaders Must Die, Liam Howlett and the boys embrace their psycho circus schtick on The Day Is My Enemy to the point of suffocation. The initial dispatch is fine, working as a focused mix of old and new, incorporating established signatures and more recent, diluted fare. Save for the odd inventive sonic spike or two plus a (relatively) restrained, sombre sci-fi interlude halfway through in the form of 'Beyond the Deathray', the title track really is as good as it gets here.

'Nasty' (NASTY!!!) might shout it from the rooftops but it's so tired it barely has a pulse. It's the kind of phoned-in identikit dreck you expect to pop up on an old episode of Adam & Joe were they feeling particularly snarky towards The Prodigy in their prime. 'Rebel Radio', meanwhile, is as safe as houses, hurling ray gun noises and exotic sirens about the place like a confused child. 'Ibiza', though. The nadir of both album and career. Now, you figure The Prodigy are aiming for sharp satire, calling the Balearic Island, its hedonistic disciples and comatose DJs into question, enlisting Sleaford Mods' Jason Williamson to deliver some gritty acid-tongued pearlers like "Woz 'e fuckin' doin'?" in mock-tribal fashion only his hugely irritating caterwauling is, well, hugely irritating. There's no craft here, just aimless, ill-spent rage; a broken pinball machine where most of the lights and whirrs awkwardly twitch.


In terms of a narrative thread, it boils down to some dystopian guff about urban decay, drones, chaos and how modern Britain under the cover of darkness is apparently as treacherous as Gotham City. Quite how The Prodigy fit into this desolate landscape as non-conformist social commentators is unclear, but I guess millionaire mainstream dance trailblazers have hidden depths. The Day Is My Enemy, however, does not. The lamest criticism of music is that something "is just noise" so let's sidestep that one while simultaneously reaching for the painkillers and declare this incisive examination of 21st century society to be little more than a collection of angry bleeps and bloops.

Speaking of, the toothless 'Get Your Fight On' is 'Take Me To The Hospital' in demo form, right down to the exact same flickering percussion sample. Interesting title though in that it conjures up imagery of a punch-drunk former champion who has run out of guile and ability, his flailing, desperate punches miles wide of the mark. Too much of this record sounds like cutting room floor material for the soundtrack to a Hotline Miami-style high octane video game. 'Wild Frontier', the Flux Pavilion-assisted 'Rhythm Bomb' and the way too long 'Roadblox' all fit the heard-it-all-before bill.

The Prodigy has always been about meeting a barrage of aggressive sound head-on but, in making their name, they found room for defining moments of nuance and dexterity. Unless a couple of producers bearing those monikers contributed, you'll find nothing matching those traits here. In conversation with The Guardian in January, Howlett spoke mournfully of The Prodigy's place in pop culture, noting that they should be held aloft in the same regard as Oasis and Blur. He would go on to compare his outfit to The Sex Pistols and The Clash (!) in the same interview where he bemoans that producers are too safe nowadays and that "there's no pushing forward anymore". A poor, predictable thought process.

In the end, the day truly is The Prodigy's enemy. They've had theirs. Time's up.