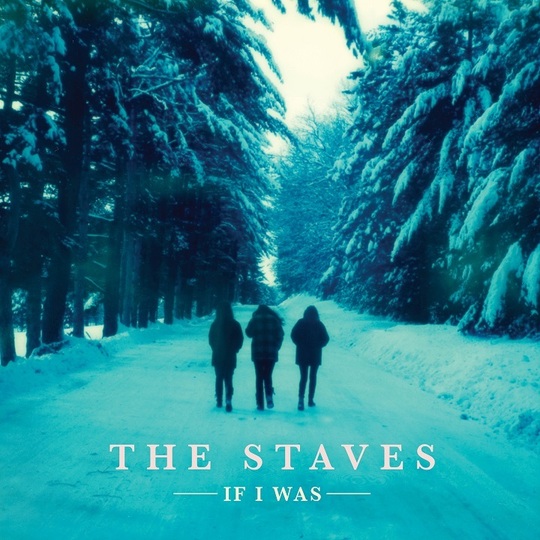 I’ve seen The Staves twice. Once was at The Gathering in Oxford, in a community centre, having never heard of them before. In that environment, prior to the release of their debut album Dead & Born & Grown, in late 2012, it was the unvarnished beauty of their close harmonies, the quality of their songwriting and their unaffected approach to impending stardom that really impressed. They had a great bunch of songs that were performed with a minimum of fuss. And the harmonies: they were beautiful, almost otherworldly. In this age of the smartphone, I’d pre-ordered the album before the set was even half way through.


The news that their new album, If I Was had been produced by Bon Iver’s Justin Vernon gave extra interest. The second time I witnessed The Staves live, earlier this year, on the Oxford leg of their recent UK tour, there was an added element of intrigue at play. How have the band grown over the last couple of years? What effect would Vernon’s hand on the production controls have on the purity of their sound? In Oxford, augmented with the extra power of a skillful and sympathetic backing band, their songs old and new really took flight. Although I already had the album, I listened to it only after seeing the show, and was immediately impressed that songs such as ‘Black and White’, ‘Steady’ and ‘Let Me Down’ had already squarely taken up residence in my head. The soulful ‘Black and White’ features a loping groove, surprisingly crunchy guitars and crackles with creativity. Hooks whizz in and out, but it is the vocal harmonies which are still the centre of attention. Truly spellbinding. ‘No Me, No You, No More' is an almost a capella track, building from a single flute-like sound and a single plaintive vocal line, to a full-bore vocal pad effect. One of the first times when it all becomes clear: Bon Iver and The Staves are a perfect combination. Some of the elements which mark Justin Vernon’s output as being individually his, the building layers of emotion created through falsetto vocals, counter melodies floating in and out, these were already present in the harmonic telepathy of The Staves, but throughout the album they are allied to a diverse, sometimes dissonant alt-folk sound which can only elevate The Staves to greater heights.

The chugging build and brass of ‘Damn It All” is another highlight. The acoustics recorded in such a way as to feel like they are being played right in front of you. When the tension breaks at 5.39, it is a moment of exhilaration. ‘Make it Holy’ features another Vernon trademark: the rolling march of a snare drum, but still the wondrous harmonies are what truly makes this track stand out.

And this is the rub. The Staves have added all sorts of bells and whistles to their sound. They all work. Without exception, but at heart, as on closer ‘Sadness Don’t Own Me’, they are a great folk band, with great songs, and the kind of harmonic balance that many bands can only dream of. The kind of tones which come naturally to them elude almost everyone else. As I watched on in Oxford, the thought crossed my mind to question how long it would be before we would be hearing solo albums from any of these sisters from Watford. One can only hope that it’ll be quite a few years yet.