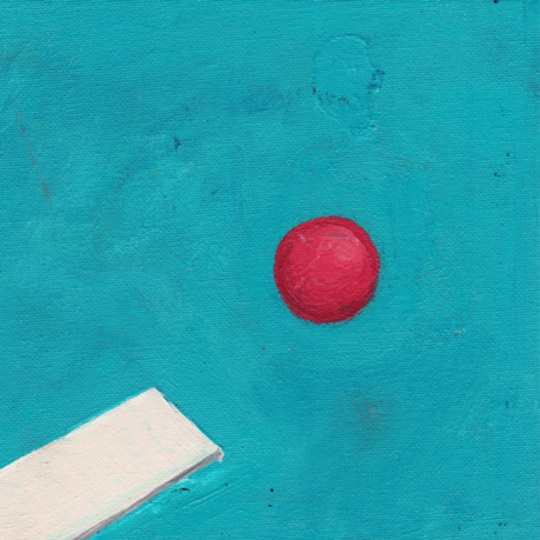 When I spoke to the band earlier this year I asked them if they wanted to shed the labels of being 'math rock' or 'prog pop'. If those aren’t labels they would necessarily choose, I got the feeling that they accept that their music does fall into that kind of genre. Whether the band is conscious of it or not though, O Shudder, their fourth LP, has a broader appeal than the mid-to-late-twenties liberal intelligentsia. The oh-so-smart time signatures, the spiky, popping rhythms all remain but this is as accessible as they’ve ever sounded. Duncan Wallis, the lead vocalist, described it as a new wave album and he’s absolutely right.

The first two thirds of O Shudder are positively, gloriously funky. Hell, I’m half dancing in my seat on the train as I simultaneously write this and give the album another spin.

‘Upsilon’ is a laid-back dance track that builds around a hiccupping synth line rather than the genre’s more traditional drum-and-bass section. It’s obviously not as good, but it’s the kind of thing LCD Soundsystem did on ‘All My Friends’. It’s a gorgeous track in its own right though, drenched in light that comes in shards from Peter Broadhead and Dan Spedding’s guitars, and in waves from Wallis’s keyboard. There’s the descending staccato guitar line on ‘Drips’, the, er, in-and-out rhythms of ‘In and Out’ and the call-and-response vocals of ‘Decided Knowledge’.

This is Dutch Uncles at their busiest, with layer after sound after noise after weird instrument (including a fucking laser harp!) artfully piled in. What’s striking though is that a band known for a very particular sound can produce such individually distinct pop songs, with equal aplomb, while remaining within their self-defined parameters of 'the Dutch Uncles sound'. Yes, I’m aware this sentence makes me sound like a wanker.

'But what about those lovely, lush strings that characterised their last album, Out of Touch in the Wild?' I hear you cry. They’re pushed to the back end of the album here, with the final four tracks taking on a mellower vibe. This concentration gives Robin Richards’ string arrangements greater prominence, transforming them from canvas into vivid brushstrokes. The closer, ‘Be Right Back’, with its backing vocals from Liverpudlians Stealing Sheep, showcases this to dizzying effect.

We tend to think of our favourite bands as rock stars, whose lives we can only dream of emulating. We live vicariously through their music, wishing that we too could spend all our time in an LA-based world of booze, cocaine and eye-wateringly expensive hookers. The reality, though, is that O Shudder was recorded over three intensive chunks in 2014, leaving the band with time on their hands to... live normal lives in Marple, Cheshire.

Wallis’s lyrics are far from humdrum, but their subject matter certainly is. ‘Babymaking’ concerns starting a family, ‘Decided Knowledge’ reflects on a ballsed-up job interview at the local council and ‘In and Out’ is a smart, sexy, treatise on wanting to fuck entitled with a dreadful euphemism. It grounds the album and makes Dutch Uncles relatable. Even to a comparative thicko like you.