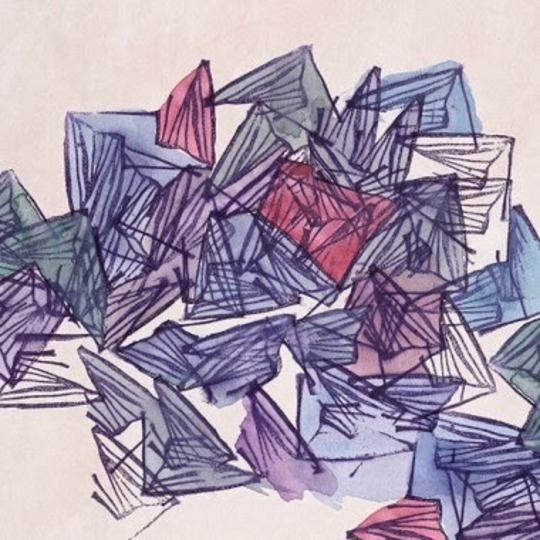 Whilst Birmingham, Alabama may not be exactly a global hub for Krautrock, it is interesting to consider the far-reaching nature of the genre. It is hard to imagine a young Damo Suzuki thought his music would influence anyone in America, let alone anyone from a distinctly Red State. Hailing from the city, Wray are by no means motorik-purists or traditionalists, but they certainly have the intensity and energy of the woefully named movement and genre. However, as they also seem to take their cues just as much from New York as Dusseldorf, this particular LP is in equal parts Casablancas to its Can.

In a similar way to UK acts such as Mazes and TOY, this is Krautrock placed firmly within the context of indie rock, as such it is also easy to see the influence of Loop and early MBV here. Downstrokes and aloof vocal performances jostle for dominance with pounding, incessant drums and synthesiser. Indeed this, the band’s self-title debut record, doesn’t sound as directly like Neu!, Kraftwerk, Amon Duul II et al as their PR spiel would have you believe. But it is certainly traceable to the heady days of West Germany’s avant-garde.


It is certainly the more groove-based tracks that set the LP apart. They are repetitive without seeming samey; however music this derivative cannot venture into particularly uncharted territory. Lead single ‘Bad Heart’ locks down the focus of the track straight away; a looped guitar motif that drags along the rest of the song with it before ascending into a simple, effective chord progression. In the shoegazing tradition, the vocals act more as an instrument, overlaying the piece with an additional, interlinking riff more than anything of particular lyrical significance. Likewise, the instrumental passage of ‘May 15th’ is excellent: lengthy and hypnotic, this is clearly what Wray do best.

What Wray don’t do best is generic indie, a la the aforementioned New York influences. ‘Blood Moon’, for example, is a remarkably dull opening track, the lyrical refrain of “It started on the day you said my name” indicative of a more traditional pop-structured album which doesn’t materialise. The track’s interesting segue into ‘Apacheria’ works well, but is also immediately let down by the following song itself, where the moody, monotonous, downstrokes and arpeggios continue unabated.

It’s strange to think of the difference between monotony and repetitiveness in music, but it is very apparent on Wray. Very much a record of two halves, the band’s attempts at more song-like fare at the beginning of the LP really holds it back, or at least cannot stand up with the jams, grooves and hypnotic nature of the latter. There is nothing here to say that the band are by any means a lost cause, but this hasn’t quite reached the heights it’s aiming for.