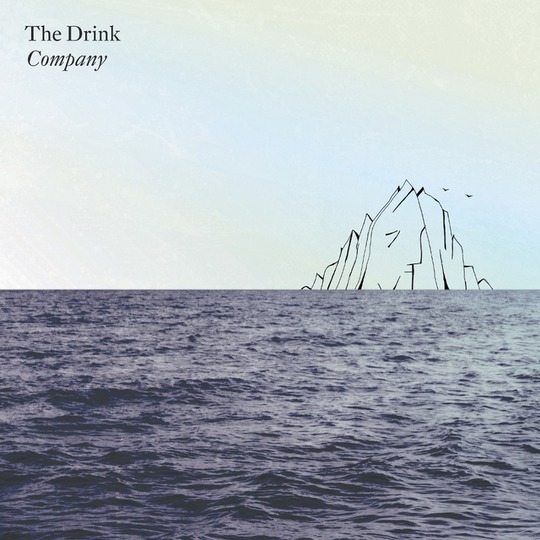 It’s something of an incongruous step to take a series of early releases, stick them all on a record and consciously refer to it as your debut album, but that’s the tactic which has been adopted by The Drink in presenting their first long player to the world. Company sees the London trio collate the 12 songs which comprised their first three EPs (all now out of print), shuffle the running orders and repackage them as one release.

You might expect such an approach to make for an inconsistent or disorienting listen, and to a degree it wouldn’t be unfair to say this about Company. However, in a weird way this kind of suits it. Frequently the songs lock into lush melodic grooves which carry Dearbhla Minogue’s beautifully spectral delivery of vague, semi-conscious narrative, and the whole thing makes for a pretty delicious woozy patchwork of sounds.

It would be difficult to contend that the fractured nature of the record’s origins are particularly harmful to it in the context of an enjoyable album. In fact, listening to Company, you get the feeling that this is pretty much the debut album they might have made if they were doing it the traditional way. There’s a daring, occasionally playful spirit threaded through the songs which gives the strong impression that at heart The Drink are risk-takers, laudable experimentalists who are always likely to plump for trying something new over taking the safer option. When any artist does this, there’s a danger they won’t get it right every time, but at the same time this makes for a more interesting and likeable band than one who never leave their comfort zone.

There’s no escaping that the songs on here occasionally drift off into themselves, and this might cause listener attention to wander too, but notwithstanding this, Company’s strongest moments are up there with the best indie-pop songs of 2014. The album’s standout track 'Demo Love' comes on like a punchdrunk Speedy Ortiz, all jerky rhythms and bitter chorus which sees Minogue regretfully concluding "You have made a fool out of me too many times". Opening track 'Microsleep' comes from a similar place, with its bouncy college-rock guitars underpinning an abstract chorus about "what used to be known as a petit mal". Playground, meanwhile, is an irresistibly catchy pop song, driven by the sort of infectious melody frequently dismissed as ‘simple’ by those who’ve never tried to write one like it.

It seems that Company’s biggest highlights happen to be the ones from The Drink’s more recent EP releases, which is certainly a positive portent for their future. It also gives us reason to believe that in the same way as they were able to build on their first EP with increasingly stronger work, they could also follow a similar pattern when it comes to albums. For sure, the sense of adventure exhibited on Company suggests that the band have plenty of ideas to sustain them for a while, and it wouldn’t be terribly surprising to see them pull LP 2 together reasonably swiftly. Either way, there’s certainly enough on this record to suggest that The Drink are a band who have it in them to one day deliver a truly great LP.