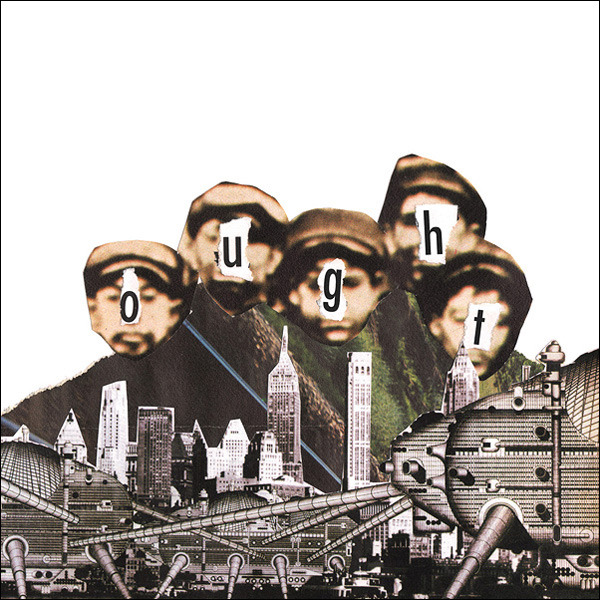 Ought - Once More with Feeling

Four-piece post-punk group Ought has been gathering momentum the old-fashioned way, with a humble and deceptively unassuming debut album that's been worming its way into many many ears thanks to its combination of intelligence, authenticity, directness, simplicity and energy; and with live performances in which the band's channeling of genuine passion, politics and charisma are consistently connecting with and exuberantly galvanizing audiences. Released in April 2014, More Than Any Other Day has been showered with accolades. Since then, the band's mostly been on the road, racking up live shows and ramping up the attack on their existing songbook. Discussion of a tour-only release that would grab a couple of the band's self-recorded early tunes and commit them to vinyl shifted by the end of spring towards a realization that Ought wanted to update this material to reflect how the songs have evolved on stage and in concert. An intense weekend session at Montréal's Hotel2Tango in June 2014 yielded new recordings of two early pieces, "Pill" and "New Calm Pt. 2" (the self-recorded 2012 versions of which remain available on Ought's Bandcamp) along with the brand new, more experimental and largely instrumental "New Calm Pt. 3". The fantastic non-album track "Waiting" from the More Than Any Other Day sessions (and the first tune to be given out via Constellation when we announced the Ought signing) rounds out this 4-song, 24-minute, 10" vinyl-only offering, suitably titled Once More With Feeling... In light of this new/freshly recorded material, it seemed unfair to restrict the Once More With Feeling... EP to tour-only status; Constellation is also making it available to indie retail, with a proper release date and all. As with More Than Any Other Day, the 10" was recorded by Radwan Ghazi Moumneh at H2T, mastered by Harris Newman at Grey Market, and pressed at the inimitable Optimal record plant in Germany. We think it's a very fine set of tunes that brings fans up to date with Ought's first two years of songwriting and reveals additional facets of the band, including its ability to play with nostalgia and balladry ("Pill"), feverish revival-tent testifying ("New Calm Pt. 2"), and improv/abstraction ("New Calm Pt. 3").
description from www.roughtrade.com