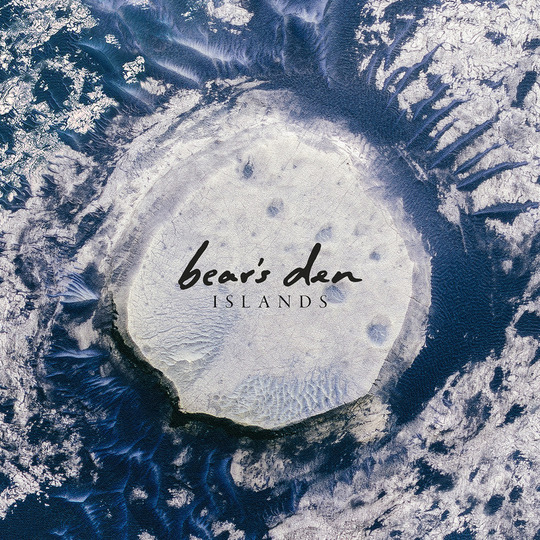 When one of the first things you hear on an album is the unmistakeable twang of a banjo, is it wrong to assume that it’s bound to be a dreadful listen? A press release name-checking (touring buddies) Mumford and Sons doesn’t exactly help matters (for me at least, it might do wonders for you). Fortunately Bear’s Den pull it out of the back on Islands, delivering a wholly satisfying, multi-layered folk-pop record which exhibits considerable promise.

For all the attempts to legitimise the band by association with Mumford, Laura Marling, The Vaccines et al, and their signing to Communion, every album deserves to stand or fall on the quality of its songwriting. Here, Bear’s Den have something special going on. Opener ‘Agape’ bursts in to life before settling in to a rolling groove paying homage to the love named in the title. ‘The Love That We Stole’ is a widescreen anthem, built on a similar rolling groove, a harmonised chorus which verges on the dreaded gang vocal but stays just the right side of it thanks to some nice production touches from Ian Grimble (Travis, Manic Street Preachers). The kind of song that gets lodged in your brain, whether you want it to or not, the “hey love, can’t you hear me calling, hey love, things keep falling” refrain is an early highpoint of the album.

Previous single ‘Above the Clouds of Pompeii’ gives way to ‘Isaac’ and ‘Think of England’ and already it is clear that here is a band which is reaching for something special. Something of a combination of the approachability of Snow Patrol, with the poetic mysticism of a Dylan or Martyn Joseph. Whether this is wholly successful is debatable, but it is certainly ambition which is laudable. More bands should seek ambition over commercial safety. The brass interlude in ‘Think of England’ is particularly lovely, building layer on layer, as we “think of England with fireworks flashing”, and the guitars of Andrew Davie snake in and out.

Whether you think Bear's Den arrive at the stratosphere they’re undoubtedly aiming for will, in all likelihood, depend on whether the depth of songs like the beautiful ‘Stubborn Beast’ – with its unmistakeable nods to the guitar tone that has made Justin Vernon very, very rich – strike a chord with those seeking something to warm them on the incoming winter nights. As “those letters, they’re all strewn across your bedroom floor” paint a picture of forgotten love, there must be some marketing person somewhere, gleefully rubbing their hands together as a video featuring candles and a mascara-strewn face sees the listeners rolling in.

Which, in a funny kind of way, would be a shame. There are a lot of great songs on Islands, lyrical depth is partnered with enough melodic and harmonic twists and turns to keep things interesting. Underneath it all, though, there lies the sense that here is a band who are playing it somewhat safe, who could do much more, have the potential to make a truly great record, and the kind of artistic statement which far outlasts fads and scenes. Here’s hoping that they get the chance to do it.