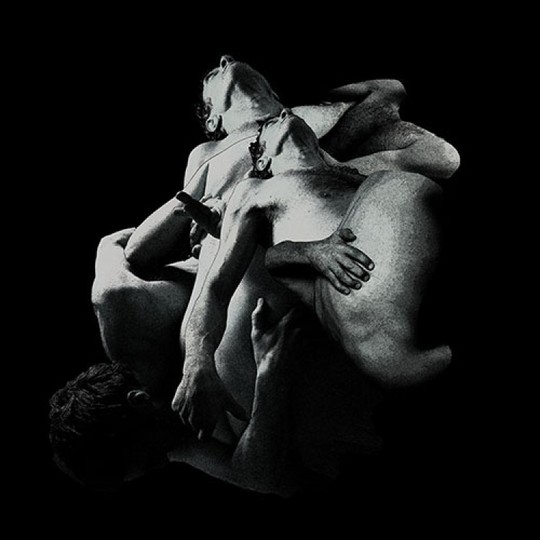 For decades now, new electronic music hasn’t evolved - it’s simply mutated. Countless producers are emerging, with the underground crafting billions of hours of stubbornly similarly constructed (and admittedly very often just as compelling) loop-based beats, while a glance at the top 40 reveals how the electronic mainstream is still stuck in the same early-Noughties summer in Ibiza - needless to say well away from the radar from ‘proper’ critics. One would’ve thought that digitisation would fuel innovation, but the sonic spectrum of electronica’s remained pretty steadfastly intact. Big beats, washes of synth, arpeggiated melodies, buzz saws and sub bass - it's all as rich as ever, and yet stagnant. And then along comes Vessel.

Punish, Honey is a giant leap for British electronica, but perhaps only a small step for Vessel. While the surface of his last full length, Order of Noise certainly retained the semblance of an archetypal album of dark, dub-influenced instrumental productions, it harboured a far deeper and broader sense of sonic exploration than its user-friendly aesthetic let on. Elsewhere, his contributions to various projects under the Bristol-based Young Echo crew’s umbrella swept almost-archetypal trip-hop tunes under a murky veil of glitches and submersible noises, and his Killing Sound project with fellow Young Echoers, El Kid and Jabu, abstracted the structures of ambient techno into unexplored dark gothic depths. Punish, Honey takes the menacing undercurrent Vessel established on Order of Noise, and melts away the more recognisable, round-edges of dub and dubstep-influenced forms and techniques, ultimately replacing them with the sharper edged scrapes and whirrs of industry. It’s not languid, smooth and dreamy; it’s sharp, heavy and tangible, and steeped in vicious eroticism. Vessel’s focus has irrevocably switched from the visceral, to the physical.

The album was put together amid a lessening interest in electronic tones for the artist, seeing him engage with natural sounds, even creating his own instruments and 'using sheets of metal as percussion, sawing up bikes to make flutes and creating harmonic guitars all by his own hand'. And despite sounding ambitious far beyond the reach of a young electronic producer, it works. The music here is full of organic, albeit often nightmarish, life of the kind so often lacking in electronic music. The rhythms loop, but stagger, shift and evolve monstrously, the racing pulsations at the heart of ‘Kin to Coal’ take on tinkling cymbals and mutant razor-edged snares, while note across the album dip in and out of tune and time, as on the hodgepodge organ arpeggios that open ‘Euoi’. Besides the homemade instruments, sacrilegious synthetic sounds thrive throughout, with midi kettle drums, and all manner of outdated digital tools lying at the heart of Vessel’s arsenal alongside his newly-integrated acoustic contraptions.

It’s clear from minute one that Punish, Honey is something special, as the grisly gated clatter of percussion shudders to life on ‘Febrile’, bringing the tinkle of street builders, snare drum blast beats and siren sounds with it, more like John Zorn’s thrash jazz Naked City miniatures than club music. The phenomenal ‘Red Sex’ picks up the pace next, building jutting rhythms into a menacing surreal rave, topped by a slurring synth melody varying overhead like a broken klaxon. The album revels in sparsity too - perhaps the strongest lingering influence from Jamaican dub - with songs like the slow-mo mechanic march of ‘Drowned in Water and Light’ or the pulsating street epic ‘Kin to Coal’ unafraid of including passages of silence, gradually piecing together their misshapen rhythms.

The total interlocking of acoustic and electronic renders certain moments all the more enigmatic because of it. Part of electronic music’s appeal is often in the dissection of just how it was put together, and Vessel brings that with him into the real, organic world. Shimmering keyboards and deftly-controlled feedback coalesce into an enigmatic atmospheric interlude. The body of the album however, lies in its lengthier tracks, which pile on energy where Order of Noise remained clement. The closing ‘DPM’ races along a series of throbbing hair-raising synth arpeggios, while ‘Anima’ (both tracks are almost a variation on a theme incidentally) switches arpeggiation for echoed percussion, while the synthesizer chords grow from detuned weaklings to overpowering monsters as they battle it out with layer upon layer of horror movie sound effect detritus.

The interlocked bodies on the cover attest to the music’s sheer physicality, something which is returning to to electronic music after years of heady introspection. The likes of the Haxan Cloak, Imaginary Forces and Pete Swanson (with whom Vessel’s played gigs and made yet-to-be-released collaborations), are all using similar techniques to synthesize physically overpowering, cybernetic music - but Vessel’s latest offering is a real watershed. It’s broodingly mechanic, and yet harrowingly human; it’s truly Bristolian, and neither futuristic nor nostalgic; it’s simply and unignorably now.