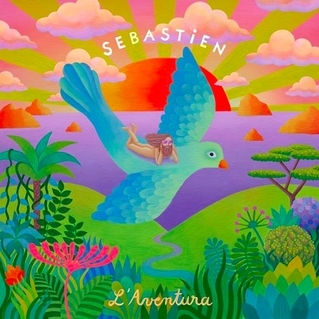 This is not quite nil point, but it’s certainly not the adventure that was billed.»

'L'Aventura' is a concept set in a part-mythical Brazil, cinematic and adventurous, musically it adds exquisite Brazilian tones to Tellier's usual idiosyncratic palate of Gallic pop and chanson, baroque and electronic. The album is what Tellier equally describes as, 'a reinvention of childhood' - namely his own. My job as an artist and singer is to run away from reality. You cannot change the present or the future, so if you want to change reality, change the past." Sung mostly in French, but with the occasional English and Italian phrases, Tellier admits that 'L'Aventura' represents a new benchmark in his ambition to marry "complex chords and complex melodies. A unique and hugely talented artist, Tellier's identity can be found in the triangle between genius, eccentric and enigma. The son of a musician whose first inspiration came from Pink Floyd's 'Atom Heart Mother', he released his first album in 2001 and his break-through single 'La Ritournelle' in 2004 and in subsequent years has carved out a diverse and esoteric path, from working with Daft Punk, Air and Sofia Copolla, to appearing on stage on a golf-cart representing France in 2008's Eurovision Song Contest.
description from www.roughtrade.com