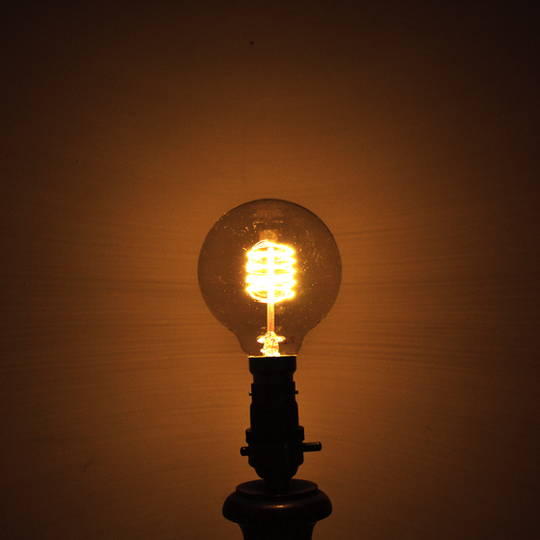 Following the release of The Damage EP in 2012, Surrey-based rocker Thom Bowden has drawn a fair share of accolades from an impressive range of critical voices. It's this breezy rise to acclaim that begs the question, who's pulling the strings here? A chance meeting in Chicago with Kim Deal left Bowden indebted to her advice on production, paving the way for this Steve Albini engineered debut album. It's an impressive feat for an artist in the infancy of his career to fall straight in the lap of such legendary company but that's all irrelevant when it comes to the end product. Frequently dubbed as 'no frills garage rock', this is all too literal a statement, as Searching the Brittle Light is a 33-minute-slog of woefully faux-earnest sludge.

Bowden's gut-fuelled performances show a provident ear for rhythm and musically, this is an often fiery and gratifying listen despite the overt cues taken from classic rock and hardcore punk. The record ricochets from straight up meat and veg riffing to spilt milk balladry, offering a pedestal for Bowden to project his fragile masculinity. On opener 'Click!' a painfully obvious and taunt guitar riff breaks Bowden to the mic for some hackneyed lyrical rot: “I try to cut you out/ though you cut me in/ there's a monkey on my back/ click, click, click!/ you better come soon/ I can taste the blood/ now they cut you stuck on a ma ma ma ma ma machine”. This contrived hard rock wordplay is all over the record like a bad rash, doing little to attain the best from Bowden's wavering vocal style.

Again, promotional cut 'Control' is a gutsy and brash piece of rock n' roll with some killer rhythm work but alas, his squawking amateur rock poetics does much to avert the listener's enjoyment from what matters. Though thematically interesting, the lyrical delivery feels more like something found at a teenage battle of the bands competition; 'She don't want the world/ want the world/ she want everything/ welcome to the gun/ in my hand/ I will you tell when to run/ when to feel/ when to breath/ and what the fuck she said/ she's choking on the world/ when she says she's better off dead'. At the very least the instrumental breakdown that closes the track is a welcome breather and an unfortunate reminder that such talent is being applied to objectively awful lyricism.

Written during a low period of Bowden's life, this record's creation is said to be a form of therapeutic recovery for him which makes it tougher for a sensitive hack like me to truly work a hatchet job here. In its defence, 'My Army' is a rare moment of greatness; a tender acoustic ballad free of forced dramatics allowing Bowden to prove his song writing ability isn't entirely indebted to flash in the pain moments of riff heavy ingenuity. This is a rough release with little working in its favour but if Bowden can get firm on what it is that makes his music work, then a follow up release might be smoother sailing.