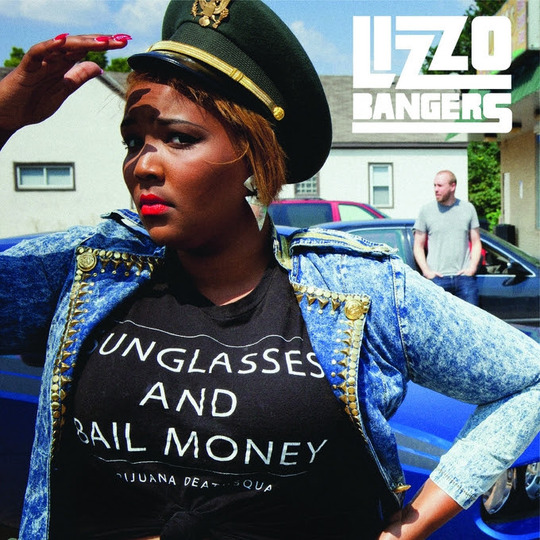 In an industry dominated by flagrant misogyny and dick swinging braggadocio, it's easy to overlook the fact that some of the most potent voices in hip hop have always been female, from the days of Roxanne Shanté, MC Lyte, Queen Latifah or Yo-Yo to the all-encompassing genius of Missy Elliot and Lauryn Hill. Each of these rappers redefining the form in their own way, never letting their perceived status as a minority in the genre stop them from pioneering. And while several of these artists have retired, transitioned careers or simply retreated into anonymity, the last few years has seen somewhat of a renaissance for women in rap, with Nicki Minaj, Iggy Azalea, Angel Haze and Azelia Banks all breaking into the mainstream.

But this new wave has had a tendency to gain notoriety for thrilling early releases, then disappoint when it comes to their LPs. Minaj and Azalea trading their initial verve for chart domination and platinum sales, while Haze and Banks have been relegated to the leftfield; the former due to her bleakly confessional rhymes, the latter due to her bleakly trolling Twitter feed.

Minneapolis based Lizzo emerged onto the scene last year with 'Batches'n'Cookies'; a three minute explosion of rapid-fire, tongue twisting rhymes backed by throbbing percussion, hints of R&B and a whistled hook that reaches pandemic levels of infectiousness. It was a song - much like those early releases from her peers - that held a great deal of promise, but you assumed it might seem like an anomaly once her sound had been sanitised for wider consumption. So it's with some pleasure to find that her debut LP manages to actually exceed the hype and tone of that fledgling effort.

Much of Lizzobangers' success comes down to Lizzo herself and her charismatic, hyper-kinetic, scattergun style, which straddles the line between carefully constructed flows and stream of consciousness raps. The richness of her voice (Midwestern-by-way-of Texan) fluctuating in cadence and rhythm, to produce cartoonish vocal caricatures, while never forsaking clarity. Her verses often lead you to question which direction she'll fly off in next, but never giving you reason to doubt that she's in absolute control the entire time.

It's this frenetic delivery, which allows for her often wildly nonsensical lyrics to form a cohesive whole. Which means she can slip with ease between amusing pop culture references about how her rhymes are "Tighter than Michael Jackson's glove" ('Paris'), or how she'll "Will Smith these hoes, you know how it works/Punch a brotha out and say 'Welcome to Earth'" ('Faded'). Before slipping into deftly conceived put downs of dexterous wordplay; "I'm giving niggas headaches/Like a mistake on your wedding cake/Minuscule to me I’m a big deal to you" ('Bus Passes and Happy Meals'), which might derail less confident rappers but feels entirely natural coming from Lizzo.

Despite these moments of rabble rousing, rap game flippancy, Lizzo is unafraid to shy away from darker topics; her lyrics hinting toward deeper concerns such as the objectification of women ('Hot Dish'), racism ('Bloodlines') and poverty ('WAT U Mean'). 'T-Baby' - which is built around a pejoratively racist term repurposed as a slinky vocal hook - sees her at her most furious. It wrong-foots you at first, opening with a bold, boastful line "Kiss me on my ego/Tell me what it tastes like" before evolving into a song about "black excellence. Lizzo namechecking Dorothy Dandridge and Chuck Berry before venting anger at a faceless authority behind the music industry; "Who is you? I'm talking to you/You know who you are/The reason I can't be a black star without your black card" she growls. It's a powerful moment and not the last time she flexes her muscles towards unseen authority, but look closely and you'll see that these thoughts are just bubbles under the surface with a hint of Tumblr activism - after all this isn't called LizzoLectures. Rather, it's the portrait of a young MC writing about life through her own experience, and while that might touch on more conscious conceits - for better or worse - it doesn't have inhabit those places.

Of course much of the album's success has to be shared with producers Lazerbeak (Doomtree) and Ryan Olsen (Gayngs/Marijuana DeathSquads) who've managed to craft a selection of music that sit seamlessly alongside Lizzo's hyperactivity. It's a synthesis that compliments without competing for space; allowing straight-up 'Bangers', fuelled by neck-snapping snares and throbbing percussion ('Lizzie Borden', 'W.E.R.K. Pt II'), to sit alongside tracks which employ greater subtlety such as 'Go' or 'WAT U Mean'. The latter using trap beats to punch through the horizontal swagger of Nineties swing as it crawls by at a more leisurely pace, while 'Hot Dish' - with its declamatory twinkles of piano and gunshot samples - feels like vintage G-Funk era Dre. Or album highlight 'Pants Vs Dress', which takes old school flavour and smothers it in twanging guitar samples and boom-bap, while Lizzo raps "Imma' sit in my throne/You can get in your chair", putting down all comers like she's the natural successor to Big Daddy Kane.

Then there are songs which straddle both these modes such as 'Be Still', which builds its foundations on rampant flute loops and loose rhythms only to give way to crunching, doom laden synths. 'Faded' apes 'Skankonia' era Outkast, its frantic pace culminating in a wash of oscillating feedback and stark strings. Lazerbeak and Olsen employing a subtle bombast that propels the tracks forward, yet never threatens to overrun the songs; constantly balancing their sounds with the fluidity of Lizzo's rhymes.

Perhaps the greatest achievement of Lizzobangers is how momentum rarely drops across the 14 songs, each a delirious earworm, each more engaging and entertaining than the last. Lizzo's arrival feels like something definitive, as though she's teetering on the edge of major stardom so snap this up before she inevitably goes pure R&B/pop for her second album (she's already collaborating with Clean Bandit) and cherish this for what it is; one of the finest hip-hop records you'll catch in 2014.