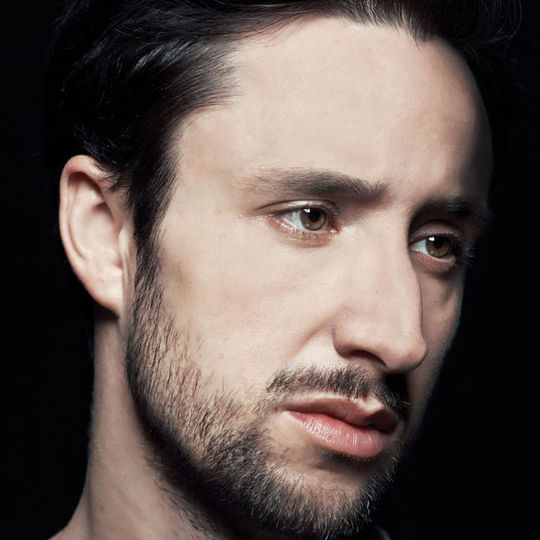 I don’t know much about the man Tom Krell but I’m sure he’d confuse my reclusive British sensibilities. He seems far too happy to share his failures and shortcomings, far too happy to open up a dialogue about his demons. Under the How To Dress Well banner, he is one of the most forthcoming songwriters going, completely unafraid to pour suffering and despair into his music. And there’s no half-measures. 2011’s Just Once EP was inspired by, and dedicated to, the death of his closest friend. His last release, 2012’s Total Loss, included a song (‘Set it Right’) in which he explicitly identified, by rattling off a list of names, people in his life who he had ‘lost,’ whether figuratively or literally.

Despite the decentring quotation marks, “What Is This Heart?” is, as ever, a deeply personal record. But How to Dress Well’s USP has always been, I think, this kind of Trojan horse phenomenon wherein crystalline sincerity is hidden beneath a glossy alt-R&B exterior. The How To Dress Well ‘sound’ is one that alludes to a kind of music that—if it does deal with weighty matters—tends to, if not make light of them, then at least package them up in such a way that you might want to sing along in your car. Even the superficial moniker 'How to Dress Well' itself is a kind of wrong-footing, implying vanity where there actually lies introspection.

So when “What Is This Heart?” opens with ‘2 Years On (Shame Dream)’—a song that’s all close mic’d acoustic guitars, sparse piano, and a distant clarinet—you begin to wonder what happened. Turns out that this is a record on which Krell’s happy to try variations on his usual bedroom-R&B façade, and he and producer Rodaidh McDonald are stronger than ever in their convictions. In the case of ‘2 Years On (Shame Dream)’, that means a musical clarity to match Krell’s lyrical candidness – suddenly lines like “no one ever told you that life would be this unfair but oh it is” have an added degree of potency. Which good news: musically, How To Dress Well has sometimes suffered from (to pinch a turn of phrase from Robert Christgau) a kind of 'nebulousness that passes for depth', bogged down under the weight of its own reverb. No such problems here.

Aptly, then, “What Is This Heart?” finds How To Dress Well trying on new outfits. Sometimes they work, sometimes they simply don’t. The melodic, Mount Kimbie-style cut-and-paste vocals on ‘Words I Don’t Remember’ play completely into Krell’s wheelhouse. The orchestral swells on ‘Pour Cyril’ are a fresh and powerful twist on How To Dress Well’s more ambient side. But at the same time, ‘Face Again’ is a headlong plunge into dubstep’s murky waters, and I think it’s a little shallower in there than Krell was expecting. So too, the few tracks here that sound like quasi-radio-hits – ‘See You Fail’ is a kind of stifled rock ballad, and I assume ‘Precious Love’ was what the PR blurb was talking about when it mentioned Tracy Chapman.

That said, the masterstroke here is still ‘Repeat Pleasure.’ It is to “What is this Heart?” what ‘& It Was U’ was to Total Loss: a mid-record floor-filler that cuts through the emotional mire of the surrounding tracks. It’s Krell at his best: danceable but poignant alt-R&B, tied together with a funk riff presumably borrowed from Prince (or at least a budget version from Haim).

“What Is This Heart?” feels like How To Dress Well exploring the musical fringes of what How to Dress Well can be. It’s a boundary that runs the perimeter of the project’s musical remit: separating Krell’s alt-R&B from radio pop, distorted ambient soundscapes, and faux-dubstep on various sides. There’s no staggering departure from Total Loss, but the backdrop for his soulful R&B crooning is becoming worn-out, and you can feel Krell auditioning replacements.