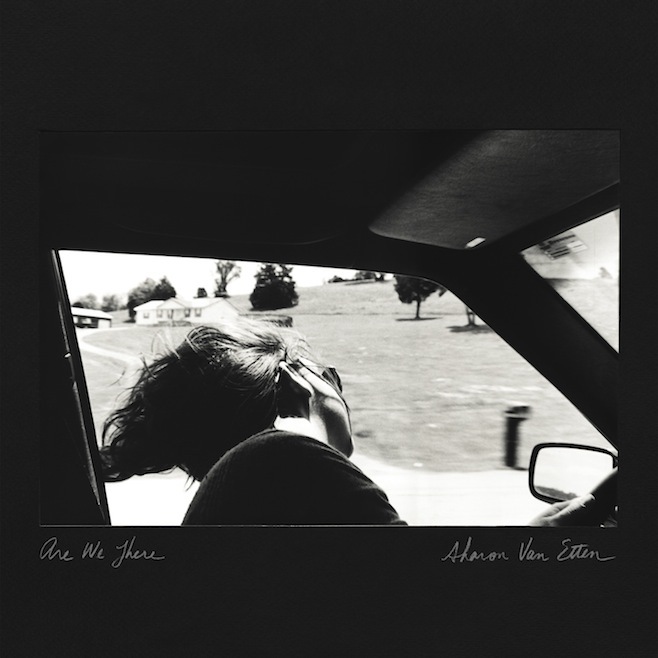 One of the most vivid, involving, troubling albums about the trials of love in recent memory.»

For all the attention that was paid to her 2012 breakthrough 'Tramp', Sharon Van Etten is an artist with a hunger to turn another corner and to delve deeper, writing from a place of honesty and vulnerability to create a bond with the listener that few contemporary musicians can match. Compelled by a restless spirit, Van Etten is continuously challenging herself. Now, the result is 'Are We There', a self-produced album of exceptional intimacy, sublime generosity, and immense breadth. For this album, Van Etten found a kindred spirit in veteran music producer Stewart Lerman. Originally working together on 'Boardwalk Empire', they gently moved into new roles, rallying around the idea of making a record together in Lerman's studio in New Jersey. Lerman's studio expertise gave Van Etten the freedom to make 'Are We There' the way she imagined. Van Etten also enlisted the individual talents of her band, consisting of Heather Woods Broderick, Doug Keith and Zeke Hutchins and brought in friends Dave Hartley and Adam Granduciel from The War On Drugs, Jonathan Meiberg (Shearwater), Jana Hunter (Lower Dens), Peter Broderick, Mackenzie Scott (Torres), Stuart Bogie, Jacob C Morris and Mickey Freeze. It is clear from the opening chords in the first song 'Afraid Of Nothing' that we are witnessing a new awareness, a sign of Van Etten in full stride, writing, producing and performing from a place that seems almost mythical, were it not so touchable and real. Always direct, and never shying away even from the most personally painful narratives, Van Ettten's songwriting continues to evolve. Many of the songs deal with seemingly impossible decisions, anticipation, and then resolution. She sings of the nature of desire, memory, of being lost, emptiness, of promises and loyalty, fear and change, of healing and the true self, violence and sanctuary, waiting, of silence.
description from www.roughtrade.com