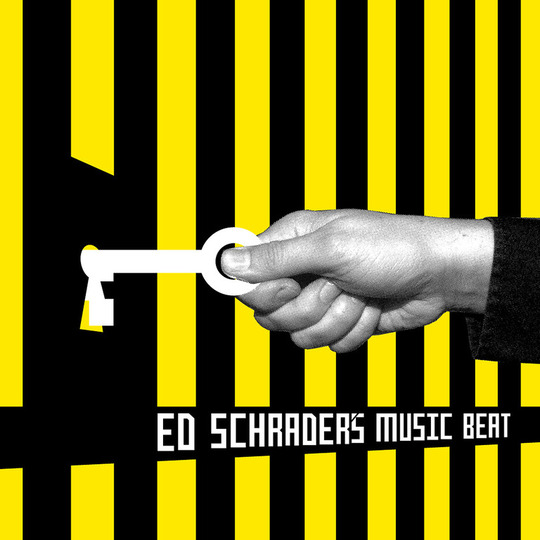 It’s not uncommon for punk music to strip songwriting to its bare essentials. The persistence of clichés like ‘three chords and the truth’ is because they’re mainly accurate. Ed Schrader’s Music Beat is one of contemporary punk’s best examples of testing the possibilities of this tradition, going so far as to throw out the ‘chords’ while he’s at it. He played early shows with just one floor tom and a barking baritone, and – aside from adding bassist Devlin Rice and a fuller set of skins – he hasn’t expanded much beyond his original vision.

Second album Party Jail is built on an unusual balance between using basic song structures to hurtle through a racket (prime punk rock territory) and a taste for minimalism (not-so prime punk rock territory). Lead single ‘Pantomime Jack’ acts as the album in miniature, moving from sulky mid-tempo verses, with wandering bass lines, to sudden jolts of intensity and screaming choruses at the flick of a switch. By using the simplest structure possible – little above a black and white verse-chorus-verse-chorus construct – the contrast between the modes is felt as sharply as possible.

The play on sudden contrast between violent intensity and brooding minimalism is Party Jail’s ace in the hole, and it plays out on larger scales across the whole record. The low-key tone of ‘Pink Moons’ is allowed to run without interruption, until the one-two punch of ‘Emperor’s New Chair’ and ‘Televan’. The transformation is as total as is possible for a bass and drums duo. The vocals don’t even sound like the same band – broody and low at one moment, wild and high on the next song. If they’re actively trying to play around the outer edges of contrast between a two-instrument band, these smash-cuts do a good job.

The addition of Rice's bass is done well, and should sidestep any crusty catcalls of ‘sell out’ from DIY purists. It’s not there to just guide melodies more easily, nor to add a little extra heft to the mix. It adds its own colours and flavours, strolling across the toms with a slack, jazzy feel, focussing the minimalist influences. Even more impressively, it also avoids compromising the ramshackle feel to the songs by sounding too considered. For all their details, they still have a second-rehearsal, plug-in-and-play vibe, feeding the record’s minimalism and punk spirit in equal measure.

It’s next to impossible not to hit limitations when purposefully restricting yourself in a punk band, so it’s impressive to hear Ed Schrader’s Music Beat so frequently blasting out of their narrow parameters through force alone. But while the purity of its vision is admirable, the repetition and simplicity make the album’s 23 minutes sag more than can be easily forgiven. This is not a call to beef out the sound with guitars and conventions though. It’s a call to further explore the possibilities thrown up by smashing together punk and minimalism in such black and white contrast. And at its best, Party Jail shows us how interesting truly successful results could be.