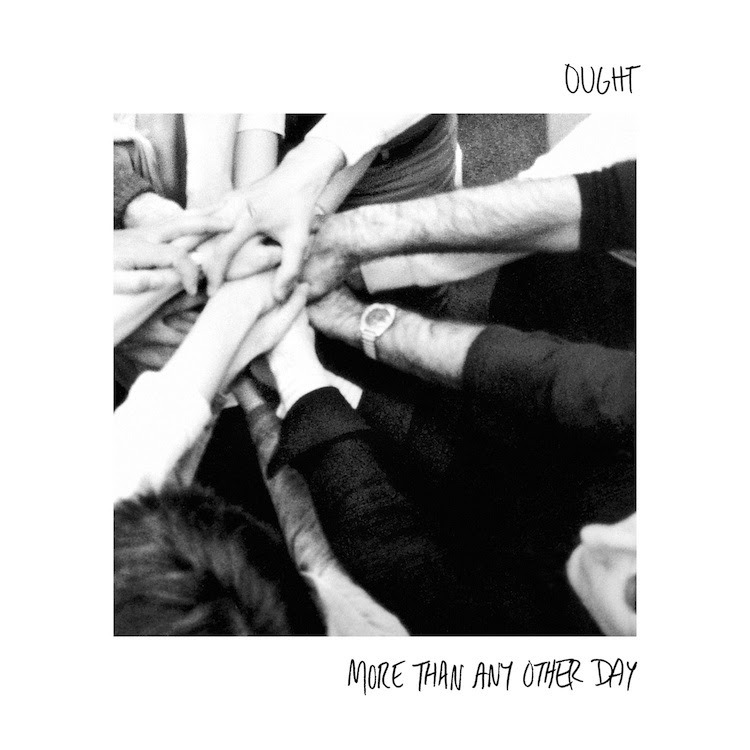 Ought - More Than Any Other Day

There’s a humour, brutality and directness to More Than Any Other Day which elevate Ought to spokespersons for a countercultural, anti-dream pop movement in post-Arbutus Montreal. But more than stubborn renegades they’re actually arch humanists with a soft shining centre.»

Debut album from one of Montreal's most talked-about indie-rock bands. Ought has been burning with a strong and steady flame since flickering to life in Montreal just before the inspired months of the Quebec student general strike in 2012. The mass mobilization against neo-liberal austerity measures indelibly shaped the emerging sound, vision and social mandate of Ought. Then band's earnest, stately and exuberant post-punk is dextrous, deliberate, unfussy and fluid, with debts to Cap'n Jazz, The Feelies, Lungfish, Gang Of Four and early Talking Heads, among many others.
description from www.roughtrade.com